Images captured by a fellow at Wolfson College and his research team have revealed that underwater volcanoes can undergo drastic physical changes in just two weeks.

The study, led by Professor Tony Watts, was published in the journal Nature Geoscience and reveals new details about the lifespan of submarine mountains.

Watt’s research team analysed images of the Monowai volcano, located near Tonga in the Pacific Ocean. After comparing images recorded last year on 14th May and then on 1st-2nd June, the team noted a significant transformation in the volcano’s height.

Watts said: “The research provides insights into the frequency and rate at which submarine volcanoes can erupt and grow.”

According to Watts, studies of this kind provide crucial insight about sudden seafloor movements that have the potential of causing landslides and even tsunamis.

The findings at Monowai will serve as the basis for future studies by Watts and his team.

“We have learnt from Monowai that the seafloor is much more dynamic than we previously thought,” Watts said.

“[Now] we would like to re-examine all existing seafloor depth data, especially overlapping data where one ship track crosses another.”

Watts concluded:  “We would like to return to an active seafloor volcano such as Monowai with an Autonomous Underwater Vehicle (AUV) with a multibeam sonar and an array of long-recording ocean bottom seismometers in order to make a detailed geological map of the volcano and measure the pulse of its underlying magma chamber.” 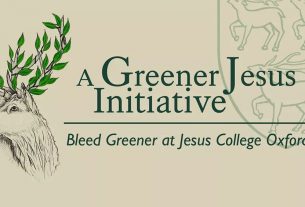 Stars in their eyes: Oxford spaces out