A row has broken out over claims that undergraduates are ruining the “old atmosphere of quiet study” in the Bodleian by eating burgers, listening to music and keeping water bottles next to early printed manuscripts.

Dr Gillian Evans, a Professor Emeritus at Cambridge, wrote to The Times on Tuesday to warn that “scholars who come to Oxford from all over the world to use its great research library will find it sadly changed this summer”.

She later told the OxStu that “the porters and library staff see [students eating] too and have been confirming examples with me all day”.

But the University of Oxford firmly rejected Dr Evans’ comments.

In a letter to The Times in response, Pro-Vice-Chancellor Professor Ian Walmsley said: “[We do not allow] food and drink anywhere near our manuscripts: anyone who somehow managed to sneak a ‘burger and chips’ into the Bodleian would be stopped by our staff before they could even remove the wrapper.”

Dr Evans is opposed to the movement of books from the Radcliffe Camera to the Bodleian to make space for history books, which will be located in the Rad Cam when the History Faculty Library closes later this year.

The changes are likely to see more undergraduates using the Bodleian Library.

She wrote in the letter: “No consideration has been given to the balance between student and research needs.”

The Times published a story following Dr Evans’ letter that claimed: “Academics are aghast that manuscripts and rare books in one of the world’s great research libraries may soon be mauled by undergraduates munching fast food.”

The Telegraph followed up with a story alleging that “professors fear unruly undergraduates will flood the historic Bodleian library”.

But no other academic has spoken publicly recently to voice similar concerns. A University source indicated that her complaints about the Bodleian were not out of character, saying: “Gillian Evans is a known to be a regular critic of the Bodleian and the University, and these are just the latest in a series of complaints.”

But Dr Evans said she “loved” the Bodleian and refuted “defamatory” claims that she had often attacked Oxford as “a nasty bit of ‘briefing against’ which they should be ashamed of in an open community of free speech”.

She added: “I have done nothing but raise concerns for the general good in a responsible way.”

Pro-Vice-Chancellor Walmsley characterised the changes as a means of ensuring that “the Bodleian serves the 21st century university”.

He said: “The relocation of the History library has been long planned and was subject to wide consultation. Greater efficiency will result in savings that will enable the Bodleian to add Sunday opening hours and purchase new books and journals, leading to an overall benefit for humanities faculties and students.”

Dr Evans was the subject of media coverage in 2002 after she prevailed in a lengthy legal battle with Cambridge University to secure a promotion.

In an interview with The Independent in 2009 she described her favoured bedtime reading as “the statutes of Oxford and Cambridge universities”. 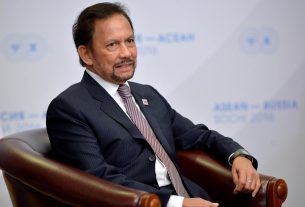 Making it: Another new band