Fact: the sun blasts our world with far more energy every hour than we need to power the whole world for a year (Catlin Arctic Survey, Financial Times, 2009). Effect: there is a huge market for solar cells, capturing up to 20% of the total solar energy at that location and pushing it down wires to energize electrical appliances.

However, this is a recent and growing energy industry sector. Despite the fact that sunlight hitting the earth is 10,000 times more powerful than the 5 trillion watts of electrical power we use, only 0.1% traditionally comes from solar (Japan Atomic Energy Research Institute). Now, sales of solar-voltaic cells are doubling every 24 months and the global market could easily exceed $40 billion a year by 2015 – almost four times the 2009 figure (Financial Times).

‘The times they are a-changin’’, and both people at home and in business are proving that there is a high demand for cleaner energy. According to the CEO of FedEx, the company ‘has three solar facilities already running in California, and [they] have broken ground this past fiscal year on what will be [their] largest solar plant and [their] first outside the US, in Cologne, Germany’.

For Jay Nuzzi, a New Jersey state trooper, the installation of solar panels was a ‘no-brainer’, great for the environment and ‘no cost to the homeowner’. You see, solar panels are being installed for free.

Of course, the cash incentives are dependent, in America, on state regulations and, in Europe, on the government’s renewable energy policy, but there are some significant benefits to going solar.

In particular, California is generating more solar power than either China or France due in large part to its ambitious $3 billion California Solar Initiative, a coordinated series of grant, rebate and loan programs designed to encourage individuals, businesses, farms and government offices to install solar panels and sell renewable energy back to the grid (Environment California).

In Germany and Spain, guaranteed ‘feed-in tariffs’ giving assured pricing for surplus electricity being sold back to the grid precipitated a surge of installations.

In the UK, a similar approach has allowed the rise of companies like Freetricity to make the most of this growing, and apparently sustainable, market. Our sell-back scheme for home generators was launched in 2010 at 41.5 pence feed-in tariff, but in summer 2011 reductions were made that have been criticised for jeopardising the nation’s solar industry.

Yet the demand remains: ‘to date, the UK installation figures total 149MW – a whopping 139MW of this is made up of residential projects’ (Emma Hughes, Solar Power Portal). As the technology of solar panels improves, with longer life spans and cheaper cell systems, and coal-fired power stations become ever more expensive, this energy industry seems destined to continue to boom.

Fact: the sun is a constant and powerful source of energy. Potential and ideal effect: governments will finally take notice of this and the solar cell revolution will drive itself without any further subsidies. 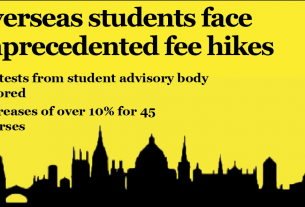