Prithu Banerjee gives his judgement on Exon’s The Importance Of Being Earnest.

The Importance Of Being Earnest is one of the most double-edged swords to take in drama. A ridiculously well-known play with multiple adaptations, there is as much previous material to inspire as there are impossible expectations to fulfil. Which is why it was a genuine pleasure to see what little I did see in the preview of Exon Production’s debut show.

The first, and most important, critique to make is the excellent casting all round. The directors Jack Hutchison and Jessica Palmarozza have clearly set auditions with purpose and the result is a group of actors who are incredibly comfortable with both their own characters and with each other. Particular credit must go to Izzy Renton and Abi Rees, portraying Gwendolyn and Lady Bracknell respectively. Rees’ performance is fantastic, every clipped consonant and elongated vowel oozing derision, and all the minor facial twitches and pursed lips drawing genuine laughs in the more absurd lines: ‘She cannot marry into a cloakroom!’. This is perfectly in contrast with Renton who skips around the stage with glee, deliriously happy and buzzing with irrepressible (often sexual) charm. Indeed, it may be unfortunate, as she slightly outshines Michael Crowe, playing Jack. The chemistry is certainly there, but it almost seems one-sided. Crowe plays Jack a little too conservatively, too understated for the comedy to really hit home. He appears stiff on stage and would do well simply to loosen up, and perhaps use more of the staging space.

This problem however certainly does not translate when paired alongside Chris Morgan’s Algernon. Here, they work off each other exactly as the original script intended; the dialogue is razor-sharp and the friction between the uptight Jack and Morgan’s surprisingly roguish Algernon is palpable as they bicker incessantly over the virtues of consuming muffins in times of distress. Indeed, Morgan seems to have broken away from his standard role here, but is fitting into playing the character with admirable ease.

The others, while I saw less of them, were also assured in their performances. Imo West-Knights showed promise as the disarmingly innocent Cecily, while Richard Collet White and Fransesca Carrington appear to have slipped into their roles with great confidence.

The production, while very good, still requires a few tweaks. Some of the scenes could do with moving a little quicker to retain the same snap that is present elsewhere, and there are times when actors could respond to cues more cleanly, to turn a chuckle into a full laugh. It is just a case of the last week polishing, sorting out the use of stage space and physical character interactions; and fingers crossed, we see this turn into one of the must-watch plays of 6th week. 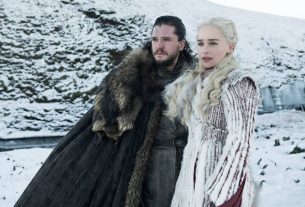 Game of Thrones Season 8: a Song of Malice and Ire 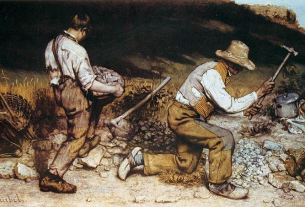