Lincoln has unveiled a new quad built on the site of a historic pub that closed two years ago.

The development, which was officially opened by Professor Paul Langford, the Rector of the College, at a garden party on Saturday, contains new teaching rooms and a common room for students.

The redevelopment of what used to be the Turl Bar took around eight months to complete. The Turl closed in 2010 after a joint decision by its owners and the College not to renew the lease for the site.

The new Turl Yard area consists of two seminar rooms, a lecture theatre that can seat 50, a small common room with sofas and a TV and a kitchen for student use.

Tim Knowles, the College Bursar, said that the development was “consistent with the College’s policy of expanding and improving facilities”.

One student at Lincoln, James Restall, said the new development was much needed because “the noise from the jukebox and the anti-social hours [when] the pub emptied its bottle bins made it virtually impossible to get a good night’s sleep, let alone work in your room.”

Finola Holyoak, a third-year at Lincoln, said: “I fully support the development. The noise from the Turl Bar before this development was just ridiculous, and made the Mitre quite an unpleasant place to live for some people. College’s decision to reclaim this space for the benefit of students is definitely a huge step in the right direction.”

The rooms above the Turl Bar were previously known as “Death Row” by some students because of the noise from beneath. The new development includes a new stairwell which links the rooms to the rooms at ground level.

Students whose rooms were affected by the noise of the developments were compensated up to £400 off their rent.

Fire at the Randolph 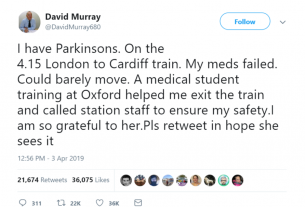