This production of Twelfth Night could not have had a better setting. The Christ Church cathedral gardens lended the play a beautiful ambience. The fact that it was set at dusk, following the movement of the play itself from dusk to nightfall, gave it a very natural feel, and a minimalist yet beautiful set allowed the acting talent to shine.

Despite being staffed and directed almost entirely by first years the production values, despite a few hiccups with the sound system, were top notch. The acting in particular showed some of the best talent Oxford had to offer. Jessica Lazar played Viola with the perfect mix of boyish gusto and charm, combined with the sensitivity and vulnerability that makes the character so beloved by fans of Shakespearean comedy, but the real standout was Oliver Schofield as Malvolio. The role seemed to fit him like a glove, and he played the characters mix of sinister Machiavellian scheming and abject tomfoolery almost suspiciously well. Whatever the reasons, he was magnetic to watch and stole the stage whenever he came on. The only interpretation that perhaps felt slightly off was that of Duke Orsino, who came across as arrogant and snobbish rather than one “noble in heart as in birth”. I in fact found him utterly unsympathetic and unworthy of Violas affection.  Reflecting the current trend for gratuitous resettings of the Bard’s work, the production was inexplicably set in the 1960s. This unfortunately came across as gimmicky, and I for one could have really done without it. Apart from a few 60’s tunes music and a few props, it didn’t really bring anything to the script, and I believe it would be justifiable to claim that it fell a bit flat. That aside, an admirable performance, enjoyed by all.

‘Little Shop of Horrors’: A Preview 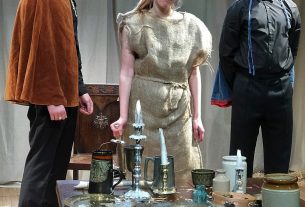 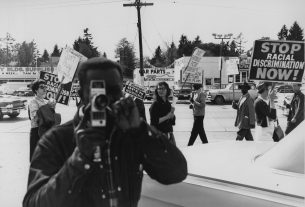