Wadham’s Student Union has controversially voted against a referendum on whether to save almost £5,000 by switching from Sky TV to BT Vision.

A motion put to the SU initially proposed switching the subscription from Sky, which is owned by Rupert Murdoch, to BT.

But an amendment was made to ask the opinion of all Wadham students, which was rejected by 11 votes to 12.

If the SU made the switch, they would save almost £5,000 a year, but would lose a few channels, including Sky Sports 3 and 4 and Sky Arts.

Sarah Jacobs, SU Vice-President, sent an email around the JCR after the meeting, criticising the decision to “continue to pay an approx. £5000 to feed the Murdoch Empire”.

When asked for comment, Jacobs said: “It’s really frustrating that a (fairly small) number of students who sometimes watch the smaller channels on Sky have prevented us from saving a huge amount of money, which could be put to use to improve college facilities

“But ‘wasting money’ is not the whole story. I personally think the News Corp focus of the motion was relevant, since approximately £5000 a year going to feed the Murdoch Empire, with its crazy amount of power and influence over UK media and current opinion, is a significant amount to be paying.”

News Corporation, whose Chairman and CEO is Rupert Murdoch, owns a 39 percent stake in BSkyB, which operates Sky.

One Wadhamite, who wished to remain anonymous, said: “I think the Murdoch Empire is the most institutionally disgusting company.”

But Omar Salih, SU Sports Officer, defended the vote: “I think one of the issues was that not every channel would be included. Students would not be able to watch cricket, which is important to some students.” 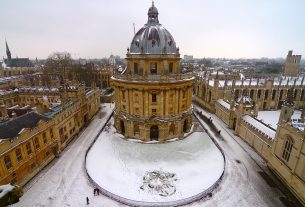