Staging a production of Pride and Prejudice, one of the world’s best loved novels was never going to be an easy task. Fortunately the cast and crew of this production managed it stylishly. Set in the leafy Christ Church gardens it was a romantic spectacle to see such a pretty cast of boys and girls floating around in Regency dresses and tight breeches falling in love with each other. It was also however, a challenging play to pitch correctly. As it is such a well-known novel and film I was dubious as to what a stage production would offer the audience in terms of a fresh perspective. However, with a combination of clever spacing and set construction, beautiful costumes, as well as some engaging performances, the production gave a sense of comedy and light-heartedness. The doubling up of parts posed the actors with a real challenge to begin with but all managed it well. Freddie Bowerman’s doubling of Mr Bingley and Wickham showed his diversity of skill as he turned well from the awkward, bouncy and over enthusiastic Bingley into smooth talking Wickham in a matter of minutes.

There were some outstanding performances in this play. Patrick Edmond was able to portray a kind of middle-aged world weariness with charm and humour in his part of Mr Bennet. His timing and reactions were so exact and natural that he became thoroughly believable and likeable. Stephen Hyde’s performance of Mr Collins was also one of the most engaging aspects of the play. His humorous performance was complete, from his nervous and ridiculous speech and intonation right down to his clawed hands and hunched body language; he was intensely characterful.

The direction of the play from Robert Natzler was often impressive and cleverly thought out. One of the best directed was perhaps the ball at Bingley’s estate where the obvious personality clash and sexual tension between Darcy and Lizzie contrasted well with the jollity and intimacy between Bingley and Jane. The body language, movement and switching of dialogue of this scene turned the novel into a piece fit for stage.

There were elements in which the balance of the play could have been dealt with better. The script sometimes lent itself to be a very truthful and true narrative of the book, whilst at other times it became much more of a dramatic comedy. This was in turn reflected in the way the actors dealt with their parts. Lizzie played a very natural and feisty young woman and the warmth between Francessa Johns (Lizzie) and Florence Robson (Jane) was very well portrayed. Occasionally Lizzie’s lines were perhaps a little anachronistic with their blatent contempt and openness in public situations. The realistic style of some of the characters such as Lizzie and Jane clashed somewhat with the more melodramatic portrayals of some of the other characters however. Lydia’s character portrayal was sometimes too naïve, portraying her more as a twelve year old innocent rather than a bolshie, flirtatious and calculating teenager and Katie Ebner Landy’s portrayal of Mrs Bennet, although energetic and appealing at times could be over-acted – her accent sometimes slipping into more of a cockney drawl rather than an hysterical housewife.

It was certainly a shame that the musical ensemble’s tuning was sometimes lacking – but in a bizarre way this added to the performance’s charm and relaxed atmosphere. It was a play that kept the audience amused and engaged throughout. It’s direction was well thought out and executed and there were some very talented performances. Overall it was an evening of romance in a beautiful setting. A talented cast and clever production team brought Austen’s classic to life with energy and elegance.

Private Lives: The 1930s Comedy with a Twist 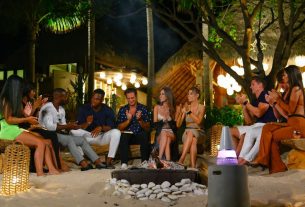 Are All Disney Princesses Just A (Saint) Hoax?