It’s the city where we’ll spend three, four, maybe even seven years of our life. But how many of us, locals aside, actually know anything about Oxford? We might be able to name clubs and bars, libraries and colleges, but, let’s face it, most of us are blissfully ignorant of this wonderful metropolis, hermetically-sealed as we are within our venerable walls and quads. Well, be ignorant no longer. With a series of articles throughout the term, the OxStu’s Features Section seeks to oxpose some of the hidden secrets of the Dreaming Spires; its history, its culture, and the sort of trivia that makes us all seem that little bit more intelligent.

We’re so often told that Oxford is an ‘historic’ town, so where better place to start than unravelling a little of its history? There were few changes more vibrant and dynamic than those the city underwent under the Tudor monarchs in the sixteenth century. We’ve all heard of Henry VIII, and his ambitious minister, Cardinal Thomas Wolsey, but the influence of this alter rex was not restricted to meddling with royal marital affairs. Grandiose building projects, radiating Wolsey’s authority, included the famous Hampton Court, but also one of our most prestigious colleges; Christ Church, or Cardinal’s College, as it was known at its foundation in 1525. Wolsey’s fall from grace would see Henry take the new institution into the royal fold, and assume its current name.

Of course, Henry’s reign will always be associated with the Reformation, the sweeping religious changes that would see a millennium of English Catholicism replaced by what would later be called Protestantism, in a manner of decades. The universities, great centres of radical and independent thought, would be a major force behind this, just as they were irreversibly shaped by it. St John’s was set up in 1555, during the reign of Catholic Mary I, to buttress the reaction against this new faith, whilst Jesus, founded in 1571 under the reign of Elizabeth I, would be the first college founded in the Protestant tradition.

Beyond Brasenose, Corpus Christi, Christ Church, Trinity, St John’s, and Jesus, the city’s Tudor colleges, we can see the mark of the dynasty on one of Oxford’s most famous landmarks: the Martyrs’ Memorial. Built in the nineteenth-century, it commemorates Thomas Cranmer, Hugh Latimer, Nicholas Ridley – the Oxford Martyrs. These three Protestant bishops were burnt for heresy during Mary’s reign, and Cranmer’s story is particularly interesting. Rising to fame as Henry VIII’s Lutheran Archbishop of Canterbury, his fate was apparently sealed when the Catholic daughter Mary took over. Yet Cranmer recanted his Protestantism, and was put before the people in the pulpit of the University Church, St Mary’s, to publically renounce his faith. Yet he deviated from his script at the last minute to deny Catholicism, was dragged down and thrown on the pyre, where Latimer and Ridley had previously met their ends. He famously thrust the hand with which he had signed his recantations first into the flames. So, next time you walk among the tourists and shoppers on Broad Street, which now exists where the immolations took place, bear in mind the less pleasant things that happened there during the reigns of the Tudors. 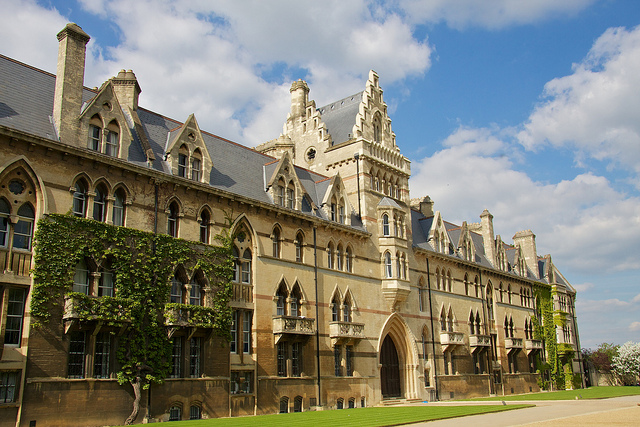 Clubber of the week