Michael Moritz. who with his wife donated £75m to Oxford University

The £75m donation to Oxford is a boon for the University’s poorest, but it should not substitute for the existing system.
I am in receipt of the Oxford Opportunity Bursary, in addition to full student finance. It is, as widely acknowledged, perhaps the best student support scheme at any UK university- but still is sometimes not enough. This is especially the case currently, where I am living on the Cowley Road, out of money, attempting to find employment in what seems like (and in fact is) the biggest job vacuum for young people in decades. The notion that students simply sit in a swamp of half-done essays and empty Pot Noodles whilst sponging off the public purse is of course fallacious, but there appears to remain a prevalent view that such is an accurate picture of life in higher education.
From a very personal perspective, as a potential beneficiary, I was amazed to hear on the news of Michael Moritz and Harriet Heyman’s vast donation to found an £11,000 bursarial support scheme for the poorest undergraduates. The gift in itself is undeniably a relief, and the generosity and progressive spirit involved is to be appreciated. As OUSU representative for Lincoln College, a member of the college’s access committee, and as someone who throughout my first year has been involved with Target Schools, open days and the interview process and the UAS regional student and teacher conferences among other access-related schemes, it is with unreserved pleasure that I welcome the news that Oxford’s poorest students are to receive additional financial support.
However, we have to approach some of the issues this creates with a sober and nuanced analysis of the situation at hand. The presence of a philanthropic gift cannot and should not in any way influence Oxford’s decision-making process when the bursary scheme comes up for review (which it is, and with a view to be changed, in spite of the fact that no data exists on the effectiveness of the current system.) Charity is irregular, and it is intended surely to augment existing resources, not serve as a substitute for them. It would be extremely disappointing if Oxford permitted the Heyman-Moritz scheme to change its policy in bursary distribution.
We are doing well, but we are not doing enough. There exists a considerable ‘squeezed middle’ – which yes, a politician’s phrase with little or no real meaning, but at Oxford there are students whose families are on nominally above-average incomes and yet not supporting, for whatever reason, their children as much as the state appears to assume. There is also a gap between the upper bound of the bursary scheme and the upper bound of the Oxford Opportunity Bursary. Ultimately, access is not a single-horse issue. Access is an umbrella term for the aggregate mass of student care , including but not limited to well-run Open Days and interview processes, regular and informative school visits, the Target Schools programme, support for the local academic community from secondary and FE institutions to the universities we share a region with, careers advice, a sophisticated information and outreach campaign for prospective and current students and support at all levels in the way of study, social welfare and economic welfare.

Such a holistic picture must also by necessity include the wider local and national picture. Rent rises are everywhere, in both university-owned and private sector housing- anywhere between around 3-12% in Oxford. The cost of living grows higher, whilst unemployment rises. The economic ‘green shoots’ are failing to materialise, and meanwhile the Coalition’s austerity programme is forcing more and more families into unemployment. Simultaneously the state is stripping away support, be it benefit cuts, higher fees, course cuts, student place cuts (place cuts are now to be part of some bizarre and draconian lottery that forces the reduction of bursary support at the post-1992 universities including Oxford Brookes.) David Cameron had the utter audacity to welcome the new endowment and fete it for allowing students increased financial support, when he has presided over the destruction of such provision in pursuit of an absurd fiscal plan. In the midst of this grim climate, Moritz and Heyman’s gift is a drop in the ocean, a small dab of salve upon an open and festering wound affecting the student body everywhere.
We can appreciate the goodwill behind, and the undeniably positive impact of, the donation without losing sight of our ability to contextualise it into the backdrop of modern university life. Is it helpful? Yes, without a doubt. Can such actions, and should such actions, be used to replace a structural, generous, integrated and planned support system that allows all students at Oxford and nationwide to have a social and academic experience free of economic woes? A thousand times no. 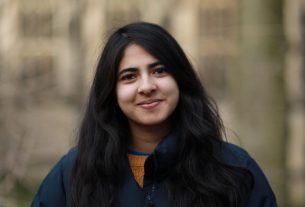