As the studios roll out their summer blockbusters, Your Sister’s Sister proves a touchingly funny alternative. Director Lynn Shelton’s most prolific comedy should be uncomfortable, but the realistic camera work and lighting is served by some wonderful performances from the leads.

Starring Emily Blunt alongside indie mogul (if there is such a thing) Mark Duplass (co-writer/director of Cyrus, and more recently Jeff, Who Lives At Home), the film leaps into its narrative, framing the entire film with the opening scene, yet offering little exposition, seeming to throw the audience into the middle of the action. We see Jack (Duplass) at his lowest emotional ebb, attacking a eulogiser at his brother’s memorial for being too kind to his memory.

Jack’s best friend, and his brother’s ex-girlfriend Iris (Blunt) sends him away to her father’s cabin, on a remote island, to get some head-space, but he runs into Iris’s (lesbian) sister, Hannah (played perfectly by Rosemarie DeWitt). The two share a bottle of tequila and a drunken encounter, the hangover of which is made a lot worse by the unexpected arrival of Iris herself. The only flaw in the performances is Blunt’s tendency to slip into an American actor, despite playing an English character, and being English herself – it only happens a couple of times, but when it does, it really is quite jarring.

The film carefully treads the line between family melodrama and romantic comedy, as we follow the three over the course of a week at the cabin. It appears clear from the minute Iris reveals to Jack that there’s “no TV” at the lodge, and that he must cycle there, that we are in for a stripped-back humanistic drama. Each plot twist leaves you guessing, rather than rolling your eyes and predicting the next step. One could even go so far as to make an analogy with a conventional “cabin in the woods” style horror film, where the characters have nowhere to hide – however they are not facing a killer, but their own desires, and as a result each emotion captured seems real.

Though the ending verges on being a little hammy, this can be forgiven by the beautiful way in which Shelton builds the on-screen tension, and by the genuine feel of the relationships developing between the three leads. I watched this with my own sister; at first I felt the need to stifle my reaction because it reminded me so much of our own relationship, but I soon became too engrossed in the on screen tale to care, and laughed and gasped my way through the rest of this beautifully shot treasure. That’s how viscerally affective the film is. It picked me up perfectly in a long drawn-out bout of characteristic summer rain. 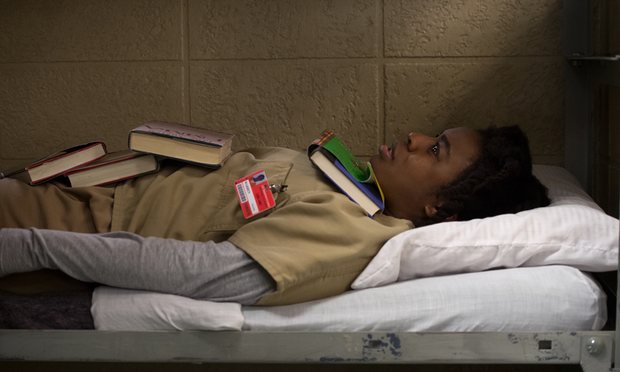 Review: The Arresting Charm of Orange is the New Black