With the Beethoven Symphonies being such an orchestral staple, it might come as a surprise that Daniel Barenboim and his West-Eastern Divan Orchestra are the first to perform the entire cycle at the Proms since 1942. Yet it is by no means a fail-safe choice. The huge space of the Royal Albert Hall is hardly the best space acoustically for the chamber-sized orchestra that the symphonies require. But more importantly, the godlike status of the Beethoven Symphonies makes almost any performance of them highly controversial.

But Barenboim is hardly a conductor who’d turn down such a challenge and he adds to this further by choosing to program the cycle alongside works by the notoriously inaccessible contemporary composer Pierre Boulez. This probably disappointed a fair number of Proms audiences who were hoping to hear just a nice bit of Beethoven. Yet considering it was being performed by a top conductor, it was too great an opportunity to miss, and perhaps sitting through a bit of this modernist palaver wouldn’t be so bad. By making such a decision it was a chance for him to open his audience’s ears (including mine).

The first concert asked perhaps a bit too much. Sandwiched between the first and second symphonies, Dérive 2 lasted over an hour. Being very difficult to find any discernible patterns in, after around ten minutes, I hate to admit, got a bit boring. Yes, I see that Boulez is exploring the different timbres and textures available to him, and it is initially interesting listening to the different kinds of sounds he can make. But this wears thin rather quickly. However, all was not lost. The second concert featured Boulez’s work for solo clarinet Dialogue de l’ombre double, which lasts a more bearable 20 minutes. It works as a ‘dialogue’ between the clarinet on stage, and a ‘clarinette double’ whose prerecorded material is projected through six surrounding loudspeakers. This works a treat in Albert Hall, with sounds magically seeming to come from everywhere. The effect is rather haunting, but is also curiously alluring.

The orchestra come back together for the symphonies. Made up of young musicians from Israel, Palestine and various other Arab countries, the West-Eastern Divan orchestra are particularly unique. Such an orchestra of young musicians should be capable of investing Beethoven with the vibrancy and excitement that more mature orchestras can only dream of. Yet Barenboim seems to completely ignore any advantage offered by his orchestra’s youthfulness, by drawing out the tempo. The opening of the famous Fifth notably drags, but it also adds to its grandiosity. Even with Barenboim’s slowness, it’s difficult for such a piece to lose its exciting forward-drive, especially when powered by an orchestra on such a mission.

Surprisingly, the slowness also works for the far lighter sixth. The ‘Pastoral’ Symphony depicts the peace and tranquillity of the countryside and although Barenboim’s steady interpretation may extricate some of its lightness, it reminds one of endless summer days. Barenboim reveals another side to Beethoven. His music is not always about the mighty and the grand: it also has the power to take one completely of oneself by the sense of timelessness it can evoke. It becomes beautifully nostalgic and gives the music the space it needs to speak. The second movement is a particular treat, with the stretching out of the tempo really allowing the strings to sing and where the woodwind too come into their own.

Barenboim may be criticised for conducting Beethoven like Bruckner, and perhaps he does. His is probably not going to be the most historically accurate performance, but really, who cares? Performance practice changes but Barenboim must also be applauded for standing by his own interpretation of the Beethoven Symphonies. It might not be to everyone’s taste, but it certainly is to a considerable number. And let us remember, that Barenboim is not some amateur. He knows Beethoven. He has played his 32 piano sonatas, his five piano concertos, and he knows the nine symphonies by memory. Hearing Barenboim talk about Beethoven, it is impossible to miss that this is a man that has the music of Beethoven deeply embedded in him. One may disagree with his interpretation, and one has every right to do so, but it is very difficult to deny its musical validity. 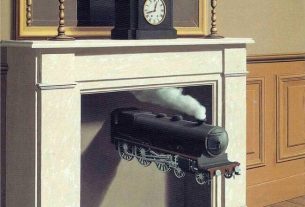