The horror genre is something of the red-headed stepchild in games: genre conventions from film and literature are near-intrinsically subverted by the mechanical conventions of games. Our agency in games is part of the vernacular – to thwart player agency is to make us feel powerless and passive. While some of the most memorable scenes in interactive media come from stripping player agency, or from suddenly pulling back the curtain to reveal the rails we were on all along – Aeris’s death in Final Fantasy 7, SHODAN’s starring role in System Shock 2, the infamous scene with Andrew Ryan commanding his own death in Bioshock. Running through all four of the ‘Shocks is the sensation of being a rat in a maze – particularly in the middle two games (not unexpectedly, the critical favourites), the player spends the first act as a willing, deluded pawn; the second under non-consensual control or coercion, and the third as a newly-free agent. It’s no mistake that this parallels the horror film structure: the use of a first-act twist and subversion of what is usually a willing suspension of disbelief in the invisibility of invisible walls is a powerful mechanism for dragging the player into the protagonist’s head, just as we start to identify with Ripley in Alien as a result of shared reveals and responses.

Subverting player expectations is a cheap shot – taking away agency is an easy one, but there are other, subtler choices on the menu for gamemakers centred not around a lack of control or a lack of agency, but on direct subversion of the player. Perhaps the best examples lie in a quirk of level design: the creation of “impossible spaces”. Brilliantly, this isn’t a new thing – Bungie, latterly of Halo fame but notable here for the System Shock-esque Marathon series, included in the 1995-era Marathon 2 a number of maps in which four right turns won’t take you back to where you began, and in which the direction you traverse a hallway makes a difference as to where you arrive. Nothing is ever new, though – Stanley Kubrick’s design of the Overlook Hotel in The Shining does the same thing. The Overlook has doorways to nowhere, impossible corridors, and bizarre spatial compressions – Hallorann’s tour of the kitchens and freezer reveals a classic example of a two-way door effect, where leaving drops you in a different place to entering. Interactive impossible spaces open up extra possibilities to create a sense of the uncanny – the layout of the Overlook isn’t just an eerie feeling and a hidden joy for film buffs, but a genuine navigational challenge. Other clever-but-devious level design tricks appear in Prey, where doorways in an alien museum lead to the inside of an exhibit that you’ve already seen. Being able to fire back through the door, and watch a rocket fly through the room you’ve just left, is a strange experience indeed. More pragmatically, the exploitation of impossible space techniques crops up even in games that don’t want to lead us on a dance into the uncanny – Portal 2, despite the level design team being headed up by Adam Foster (among others), king of ‘realistic’ spaces in games, uses techniques from the development of uncanny spaces as a development aid and a design convenience. Foster himself admits in the developer commentary that at least two impossible spaces do exist in-game, but the beauty of such architectural tricks is that they only become apparent if made obvious, or with long-term familiarity.

There are three kinds of space that can be made in a virtual world: the possible, the plausible and the impossible. The first sort are rare and compelling for their fidelity: Halo’s Silent Cartographer, Adam Foster’s MINERVA and Someplace Else, Fort Frolic in Bioshock and the overall structure of Liberty City. They speak to their functions outside of the game; they tell a story just through their shapes and spaces, and they are elegant for it. We feel a familiarity with them which is missing from the second category of plausible spaces: those which don’t actually violate the Euclidean world-shape with overlapping rooms or changing sizes, but which are nonetheless a series of corridors and arenas without a sense of place or shape. Story drapes over the corridors of Gears of War, through the art-deco stylings of the rest of Rapture, and post-apocalyptic Dubai in the truly remarkable Spec Ops: The Line, and wraps around Black Mesa, City 17, and White Forest in the Half-Life series. The plausible space is believable, if we are willing to accept that there are no machine rooms (except plot-critical ones) in Rapture and no bathrooms on the Sovereign, so we can put aside our doubts and be led through an interactive succession of film sets which are good enough to fake it. They don’t trick us, but they don’t grab us either.

The haunted house of impossible spaces is perhaps the artist’s domain more than the level designer’s: a space which is intentionally alienating to the player is one with an intent beyond just creating a space to lay a texture over. Like the designers of possible spaces, creators of Escherian impossibilities are out to key our experience in-game to those away from the screen, to feelings of exploration and confusion. They’re in the business of subverting the player’s expectations. Creating confusion with the unconscious help of the player themselves is just doing things with a little style. 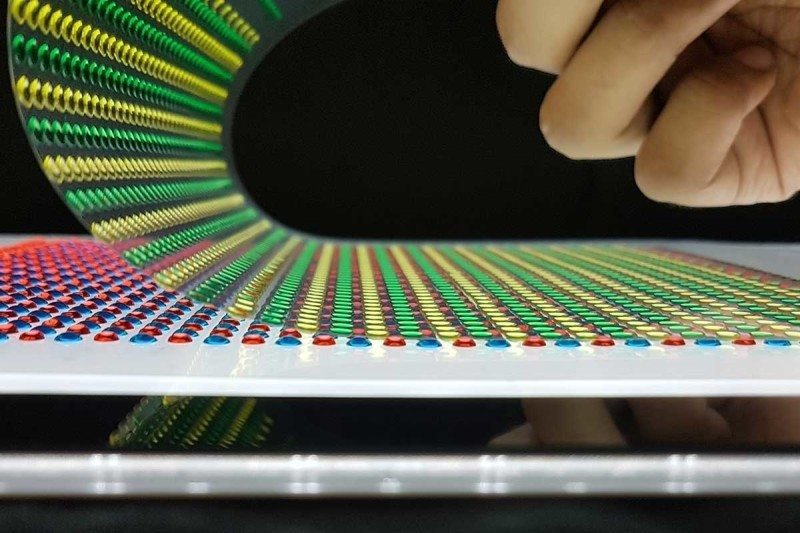 Eel-inspired batteries could power pacemakers for a lifetime

Putting your science ideas across the globe