Everybody has watched Usain Bolt casually breeze past the finish line in his races – a little grace, a little smile and he’s done it again, the gold dangled mercilessly in front of his fellow competitors only to adorn Bolt’s neck on the podium. A little science can help us analyse Bolt‘s technique.

One cannot be of world class standard at anything without spending huge amounts of time training and having a level of dedication most can only dream of – however, many experts will agree that a world class sprinter is born rather than made. Everything from body shape, muscle strength, tendon length and even what you wear affects your time significantly, especially where only a mere 0.3 seconds separates 7 sprinters in the 100m final. And what is viewed as the best makeup is constantly shifting. “The body shape of male sprinters seems to have changed over the past decade or so. Taller, more linear individuals are emerging as the better sprinters… we think it’s got something to do with increased stride length” said Dr Nevill of the University of Wolverhampton.

Sprinting is all to do with impulses, and in fact, the same can be said of most, if not all, sport. An impulse is the product of force acting on a body and the time it acts over. Let’s consider two 17 years olds taking turn trying to push their broken-down car. The first teenager is strong and can push the 1 ton car with a force of 500N but he can only do it for 10 seconds before getting tired and having to stop. If he does this, he has an impulse of 5,000 Ns which will make the car go at about 0.5m/s (we are ignoring all kinds of friction here). The slighter weaker friend, however, can only push at 250N, but he has a bit more stamina and he can keep pushing for 30s. This translates to an impulse of 7,500Ns and a car speed of 0.75m/s, which is 50% better than his stronger friend.

Thus, for a sprinter, there are two ways to maximise your speed – either exert a greater force or spend more time in contact with the ground. A typical champion sprinter will hit the ground with 2.5-3 times their own body weight (the average person manages about 2 times), however Usain Bolt’s feet land with up to 4,000N (400kg) for less than a tenth of a second. How great this force can be has many genetic and biological considerations, for example, the strength of your leg muscles, whether you have fast twitch muscle fibres and certain natural variants of a gene call ACTN3 that boosts the performance of these fibres. However, the body is an incredibly complex system of muscles and tendons and we do not truly understand how movements and body strength translate to running speed, and thus we cannot predict how fast a runner will run from his physique.

The other way to decrease running time is to increase the contact time. It is hard for humans to increase this dramatically and it explains why animals like cheetahs and greyhounds are so fast. Cheetahs and greyhounds have flexible backbones: as their front feet land, their spines compress and bend, giving the back legs more time in the air. Then, their spine decompresses while their hind legs are on the ground to maximise the contact time. Humans can’t do this naturally and so have tried to replicate this with technology, which has turned out to be very difficult. Running shoes have been known to increase contact time using flexible spring-like materials and air sacs at their base. However, all these systems suffer from the same problem: as they leave the ground, they have elastic rebound which decreases impact time, thus losing the extra time they provided on the way down.

There is also the concern over what to wear. Drag plays a huge part in cutting off 0.1s of sprinting time. Long gone are the days of baggy uniforms – it is now stretched tight to absolutely minimize resistance. But that isn’t the only way; the suits incorporate dimples within the design, almost impossible to see unless you are up close. These dimples are inspired from the design of golf balls, and have been shown to significantly reduce drag by creating a thin layer of turbulent air around the surface, preventing a phenomenon known as eddy currents from occurring, which increase drag dramatically.

In the end, there are a large number of factors that affect how fast man can sprint, and as we better our understanding of these things, we will continue to push the boundaries of human speed.

Tattoos of the New Generation 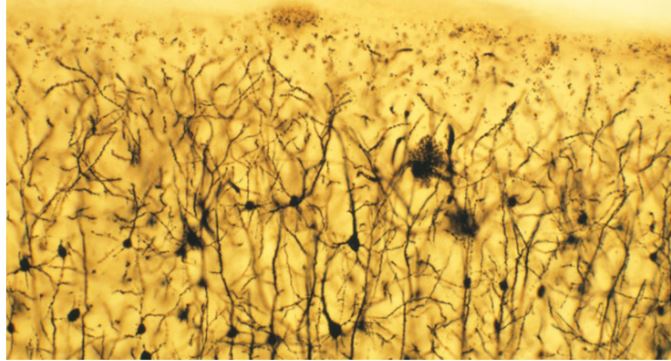 The Information Age: what will the martians think of us?