Two major events happened in the world of disability this week: firstly, the Paralympic opening ceremony, and secondly, a protest by disabled people outside the Atos headquarters in central London, against the Work Capability Assessment. The first event was widely reported; the second had to wait for a proper treatment until Newsnight at 10.30pm. Needless to say, more people will see coverage of the former event than of the latter.

The Paralympics will last for two weeks, and will raise the profile of a group of elite athletes. They may change national or worldwide perceptions about disabled people, although a consensus forming behind that idea is notably lacking. The Work Capability Assessment is ongoing, and will last until the government has assessed every single person receiving incapacity benefits. In national terms, the second event is of far greater import than the first, profoundly changing the landscape of disability provision in Britain.

So far, 37% of the subjects of concluded Work Capability Assessment cases have been newly found fit to work. Chris Grayling, Minister for Employment, enlightened us with the following: “These first figures completely justify our decision to reassess all the people on incapacity benefits. To have such a high percentage who are fit for work just emphasises what a complete waste of human lives the current system has been.”

Grayling’s analysis rests upon a key assumption: that the figures are based upon fair and accurate tests. If indeed 37% of incapacity claimants were revealed to be scrounging or, alternatively, so stupid that they had been claiming the wrong benefit, then the government’s reassessment is indeed justified. Conversely, if it were true that, in fact, the Assessment is itself unfit for purpose, and that the figures revealed by it are therefore really very meaningless, then there is no justification whatsoever in the figures for the government’s policy of assessment.

Here is another figure: of those 37% of incapacity claimants found fit to work, 40% have won successful appeals. As an appeal can take up to a year to process, we may safely assume that more successful appeals are pending. If that wasn’t enough to prove that the Work Capability Assessment was deficient, then how about claims by disabled people that the tests are humiliating, arbitrary and sometimes baffling, with claimants being asked to pick objects up from the floor, asked how long they can concentrate on television for, or perhaps how long they can sit down? These questions are used to answer an eight page tick-box form, in comparison with the previous sixty page form with space for written answers. Three weeks later, many disabled people find themselves with a letter from the Department of Work and Pensions detailing the cuts to their benefit payments. Pauline Peters, a protester at Atos’ headquarters, said she personally knew seven people who had taken their own lives in the last eleven months due to the stress of reassessment.

The government says that it is reforming disability benefit.  Despite changes to the names of payments to new, sexy titles such as the Personal Independence Payment, it is very clear that the priority of the Work Capability Assessment is not really ‘reform’, which implies progression, at all, but cost-cutting, which implies funding withdrawal and a deeply regressive willingness to sacrifice  social justice to GDP.

The fraud rate of Employment Support Allowance stands at 0.3%, and the fraud rate of Incapacity Benefit at 0.5%. The government is spending £600m on the Work Capability Assessment. If the government was really looking to make efficient savings, might it not be better to close tax loopholes than sieve the disabled population through a – frankly stupid – tick-box test? The cost of the appeals process alone must be huge.

David Cameron, on the eve of the Paralympic Opening Ceremony, said “I think we can be proud of the fact that we’ve been something of a trailblazer in Britain, passing equality legislation and disability legislation”. He is right. But with his fist wrapped around the end of the unravelling thread that is Britain’s commitment to a fair and progressive attitude to disability (and which had so much further to go!), he does not deserve to let such a sentence pass his lips. 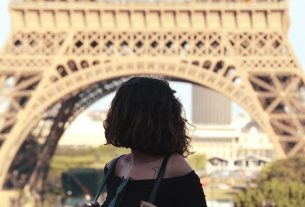