Physics department research data was accidentally released to the public last Saturday, leading to fears that Oxford might be the latest victim in the series of University centered cyber attacks which has swept the nation this week.

The research data accidentally released by the University was posted on a prominent hacking website leading some to fear the data had been retrieved through a cyber attack. A University spokesperson said that they were now confident that  “The University of Oxford was not the subject of a deliberate hacking attack” they went on to say that “Information about how to connect to an internal database of academic publications relating to the work of a single research group was accidentally made public, but the main departmental website is an entirely separate system and was unaffected. The system was returned to full service within 24 hours.”

However, while an external security breech has now been ruled out by University officials, other universities across the country, including Cambridge , have confirmed themselves to be the victims of major cyber attacks this week.

On 24th and 29th August respectively both Cambridge University and Africa College Leeds (a research partnership affiliated to the University of Leeds working to improve food sources in sub-Saharan Africa) websites were infiltrated by hackers.

In both cases the hackers succeeded in accessing administrator login details as well as hundreds of university email addresses.

Responsibility for the two incidents has been claimed by a group of hackers calling themselves NullCrew. The group claim to be affiliated with Anonymous and to have conducted the attacks as a show of support for WikiLeaks founder Julian Assange. In both incidents NullCrew left messages with the hash-tag #OpFreeAssange.

In a message following NullCrew’s attack on Cambridge the hackers said: “There is much more where this came from, and don’t think this is the end. NullCrew, along with the whole Anonymous movement isn’t near finished with you. And we never will be, until the right thing is done with Julian Assange. Next time it will be worse, we guarantee it.”

However, talking to The Oxford Student on an #OpFreeAssange internet forum, one member of the movement emphasised the loose nature of the organisation saying that they “would always be against hacking credible universities”

Manchester University has also reported being hit by a cyber attack in the last few days. However while the attackers used the name  OpFreeAssange, it is not known whether they are affiliated with NullCrew. 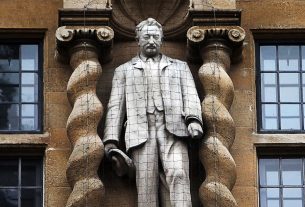