Townsend stated that the “sudden decision punishes legitimate students for no wrongdoing of their own. Condemning thousands of on-course students … to immediately switch universities or face expulsion from the UK is unnecessary, detrimental to their studies and destructive to the UK’s reputation as a welcoming centre for international academia.”

He went on to warn that “If this self-destructive public scapegoating continues, international students will turn away from the UK, and Oxford as well as other British universities will lose students to competitor institutions in the USA, Canada and Australia.”

The decision to revoke London Met’s Highly Trusted Status (HTS), and consequently its ability to issue visas, came after a UKBA (UK Border Agency) survey reportedly found that over a quarter of the University’s overseas students did not have permission to be in the country.

The loss of London Met’s HTS means that the University’s 2000 strong contingent of non-EU overseas students will be forced to find alternative academic sponsorship, or face deportation from the UK in 60 days.

OUSU’s condemnation of the government’s handling of the situation echoes the statment released on Thursday by NUS (National Union of Students) president Liam Burns: “It is disgusting that international students continue to be used as a political football by politicians who seem either incapable of understanding, or are simply uncaring about the impact of their decisions on individuals, universities and the UK economy.” 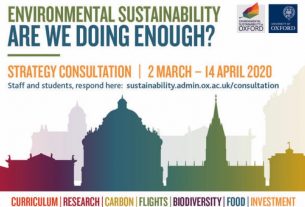