With an enviable alma mater including a humanities degree from the University of Pennsylvania and a photography masters from Yale University School of Art, it is no wonder that American portrait photographer Katy Grannan has garnered attention and renown for her work during the space of her young career.

Grannan’s successes thus far have included her work being featured in The New York Times Magazine, the Metropolitan museum of art, and the Guggenheim Museum to name but a few.  A review of her 2009 exhibition described her creations as “never less than intriguing” and “an otherworldliness here that sets her apart from her influences”.

Her photographic methods are far from commonplace; her monograph entitled ‘Model American,’ captured still life portraits of numerous subjects, all of whom were strangers. This detachment from her subject can be seen in the eerie pervasive quality of her photography. Often set in front of white minimalistic backgrounds, the viewer is presented the riddle of the model’s existence. We are perhaps not meant to grasp the message of each of her subjects, and indeed, Grannan herself may not; it rather presents us with a catalogue of humanity written in facial expressions, all of which seem in their own specific way distorted. 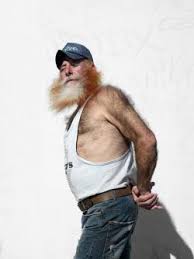 The muses that Grannan features in her work may indeed be strangers, but their discovery is strongly interwoven with her own experience. She traces the footsteps of her own life, seeking out strangers stretching from the Hudson River Valley to Mystic Lake in Massachusetts, close to her own home town. There is therefore an uncomfortable overlap between intimacy and separation; the intimacy we see in the still life portraits, with the undeniably distant eyes of her subjects. She seems to be able to create a transient dialogue with her subject; they in essence become intimate strangers, as does the viewer. The drama is centred in the distant and disparate expression of her models, who the viewer aims to unravel, more or less successfully.

Her photographic portraits are not polished and pristine, they have a certain awkwardness and discomfort which strengthens the viewer’s wary fascination; both a captivation and a distance. Her creations offer no clear answer or message; they are saturated with hidden intentions, secrecy and suggestion.

Grannan’s move to California in 2006 sparked a significant shift in her work, and inspired her second monograph “new pioneers”. The title itself is a sign of the strong existential roots of her work, depicting her subjects wrestling with the challenge of self-definition under the incessant scrutiny of the relentless sun. There is a dichotomy in the form between a typical still life portrait with the depiction of an “invented, unknowable self,” creating an interior monologue in her subject. It is her explorations of California which have allowed her to escape rural settings in Massachusetts, and to explore her photography in the urban metropoleis of San Francisco and Los Angeles. This can be seen in her ‘Boulevard’ photographs (as featured above) which manage to capture a certain anonymity and solitude in a world surrounded by all walks of life.