Star Wars games are, much like the films, a grab-bag of excellence (Knights of the Old Republic, Jedi Knight, X-Wing vs. TIE Fighter, LEGO Star Wars, Rogue Squadron, and The Empire Strikes Back) and atrocity (Force Unleashed 2, Rebel Assault, Starfighter, Rogue Squadron 3, post-NGE Star Wars Galaxies, and Episode 2). It’s been a while since anyone took a run at a genuine Star Wars action game – the last was the solid-but-lacklustre Battlefront 2. The cryptically- and numerically-named 1313 is the next attempt at a mainstream-genre Star Wars game, and in this it could be a nail-on-head success: in short, 1313 promises to take Nathan Drake, disguised as an as-yet-unrevealed but much-speculated-upon new Star Wars character, into space and subsequently down, deep below the surface of Coruscant and into the bowels of a city which shamelessly lifts all the best bits of Asimov’s descriptions of Trantor. Activision and Lucasarts stress the new, grittier, ‘mature’ themes that 1313 will bring to the table (conveniently forgetting the genre-classic Dark Forces saga which set the bar for ‘mature’ themes in ‘90s sci-fi games) by descending beneath the gilded spires and pseudo-Queens backstreets of the movies, and into the conceptually rich but authorially lazy space of the ‘prison level’, where daylight never touches. I’m not sure, but I’ll venture a guess that we’re going to see some daylight in 1313. Corridor shooters are not Nathan Drake’s thing.

But why drag Uncharted’s chiselled platform-leaping gunslinger into this at all? Star Wars is a big franchise, surely it can have its own heroes. Sadly, the as-yet-nameless lead guy in 1313 really does look like a cookie-cutter of Uncharted, in the best possible way: while 1313 has been an on-rails hands-off demo and nothing more, it looks to have all the slickness and flair of Uncharted’s gunfights, and the same robust and cinematic platforming sections which fuse the drama of QTE sequences with the consistent-control paradigm of retaining at least similar button pushes to nudge yourself around a burning spaceship’s gently-exploding frame as to when hiding behind chest-high walls. Space Nathan Drake is as good as his regular counterpart at all this: from the brief sections of gameplay on show, the shooting is good, the moving is good, the jumping-around is good.

More importantly, 1313 is pretty. Demoed on a high-spec custom NVidia, this is a game which looks better than Revenge of the Sith did in cinemas, and matches up (in real-time) to Prometheus and Avatar’s digital components: while there are obvious shortcuts being taken to trade marginal graphical quality degradation for huge framerate gains, the simple fact is that 1313 is a game which takes the idea of the game-as-cinema literally, and not only in the Kojima hour-long-cutscene way: for unoptimised code, the sheer graphical beauty of 1313 and the solid framerate with which it is delivered are a triumph.

Sadly, I have yet to be convinced that 1313 is anything other than the dumb blonde of next year’s releases: its’ looks seem in inverse proportion to its’ smarts, and it has been glimpsed only briefly in the vast club dancefloor of the games media world: specifically, for a two-minute demo, it’s the prettiest girl (or boy) in the room. Try to get to know it though, and it’s clear that all that Acti are showing are those two minutes: they’re within their rights to, and 1313 is definitely not a game just tapping at the inside of the egg, but suspicions run high for a game being kept so tightly under wraps despite a media blitz. Keeping the surprise is one thing – though if mainline Lucasarts storytelling is anything to go by, all the talk of “no Jedi” that Activision have trumpeted will be overruled in the third act, and any given plot twist is relatively likely to play out at some point – but the vacuum of information surrounding 1313 is troublesome: as yet, it speaks to a game which could mature into a well-rounded, enjoyable roll through a segment of the Star Wars universe which has previously only been the preserve of comicbooks and novels. Equally, though, it could end up as all face and no brain: the chosen one, supposed to bring balance to the franchise, actually giving rise to a thousand fans doing their best Hayden Christiansen Big No impression.

Tribes: Ascend and the future of hardware 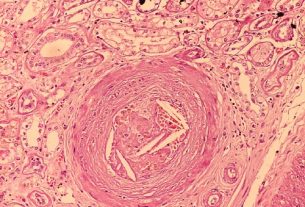 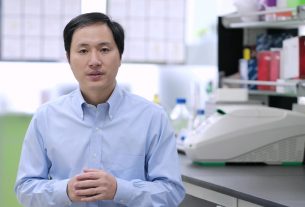