A black tie dinner held to mark the retirement of HMRC head Dave Hartnett held at New College on Thursday was interrupted after a group of protesters managed to gain entry to the hall and award him a “lifetime achievement award for corporate tax planning”.

The group, who call themselves WeAreTheIntruders, entered the hall during Hartnett’s after-dinner speech. Masquerading as representatives of Vodafone and Goldman Sachs the protesters handed Hartnett the “golden handshake award”, as well as a bouquet of flowers, and preceded to thank the former HMRC head for the “billions of pounds” he had saved them in tax avoidance.

The protests centred around the revelations which came to light last year when a HMRC whistle- blower claimed that Hartnett had waived as much as £20m of interest on a £30m Goldman Sachs bill, despite telling the public the waiver was for “less than £10m”. The whistle-blower further accused Hartnett of letting Vodafone off as much as £8bn in taxes by accepting a £1.25bn settlement.

HMRC was ordered to make its processes more transparent after being cleared by a National Audit Office report in June.

Sam Hollick, the Green Party Councillor for Holywell who took part in the video praised the “innovative, creative and positive” protest. He decided to participate after hearing that Mr Hartnett would be speaking in his ward. He told The Oxford Student: “Dave Hartnett being there was a major reason for me turning up and protesting.

“The council is being asked to make cuts to peoples’ benefits, and we wouldn’t have to do this if all the rich companies paid their tax they’d been asked to pay in the first place.”

The former Christ Church student added: “There have been other protests about tax avoidance and I’ve been to some in Oxford before. When we were in the room it looked like he [Mr Hartnett] knew who we were but not everyone else did.”

The video, which has been viewed nearly ten thousand times since being uploaded to YouTube yesterday night, depicts two members of the group presenting Mr Hartnett with the “Lifetime Achievement Award for Services to Corporate Tax Planning” at a gala dinner for the Key Haven Publications tax planning.

Mr Hollick confirmed to The Oxford Student that “the majority” of the group were based in Oxford, although none of them are current University students.

Having interrupted his retirement speech, one of the protestors went on to explain to the bemused guests that “We’re here to offer our thanks and really wish him all the best for the future.” Having been informed by Mr Hartnett that the ceremony was a hoax, one of the guests ordered the protestors to “depart immediately before we set the dogs on you”.

The intruders replied with a rousing chorus of “For he’s a jolly good fellow, and so save all the tax”, only to be labelled “trespassing scum” as they were ushered out of the hall.

Despite this, Mr Hollick said that charges have not been pressed against the protestors by New College or Key Haven Publications. He said: “As far as I know they’re letting it be – it was a good natured protest.”

Tom Clark, who graduated from St Catz, where he studied physics, in 2009 was amoungst the protestors and said: “We spotted that Hartnett was the after dinner speaker at this conference and couldn’t believe our eyes. Why is Britain’s top taxman shamelessly socialising with the people hes supposed to regulate?

“So we decided to crash the party. We wanted to expose this sort of establishment backslapping: where over port and handshakes the rich are able to rig the game in their favour. The video is hopefully funny, but also we hope it’s a peek into a world that most people don’t know exists.”

An HMRC spokesperson said that since his retirement Mr Hartnett no longer spoke on behalf of the agency. 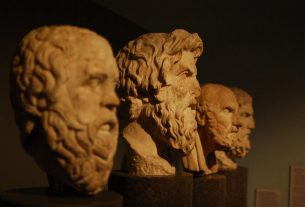