Like many things in life, Freshers’ Week needs a soundtrack, something that’ll bring back the beautiful memories when everything’s over. Unfortunately it’ll largely to be composed of whatever shit chart songs happen to be in rotation this October, but when you do get a break from clubbing, allow these hand-picked tunes to guide you through the week and its trademark moments.

Kendrick Lamar is the most promising thing in rap right now, and his latest single is all about drinking. Which you’ll be doing a lot of in Freshers’ Week. Lamar’s meditations on the drawbacks of booze will probably seem appropriate as you nurse a crushing hangover on the morning of day four.

“Lost in the Supermarket” – The Clash

This beautiful exploration of confusion and isolation perfectly encapsulates the bewilderment that you might feel at the start of your time at Oxford. However, it’s also about being lost in a supermarket, and the Tescos on Magdalen Street can be difficult to navigate at first. Let Joe Strummer soothe as you stroll the aisles trying to find some shampoo (it’s downstairs).

Oxford is like, really old and posh and, like, nice. Classical music ticks all three of those boxes, so forget the clubbing and whatnot; do the town the way it’s meant to be done. If you’re not yet familiar with the place, stick Vivaldi’s Four Seasons on and go for a walk around. NOW you’re in Oxford.

Frank Ocean’s channelORANGE was probably the most critically acclaimed album of the summer and a triumph of sleek, modern R&B. Any fresher will soon be able to identify with this track, in which Frank muses on the doings of California’s super rich kids. There are some in Oxford too, or so I’ve heard.

Because even though you’re in different parts of the country, you know you can go the distance. You’ve been with him/her for nearly three years now and, no matter what university throws at you, you’re going to stick it out. The evil powers of Freshers’ Week are nothing in the face of your love…

“Cry Me a River” – Justin Timberlake

…Because you were wrong. One of you cheated (or both, if you’re lucky). Freshers’ Week always wins.

At some point during the week it will be rudely brought to your attention that you have work to do. Apparently university isn’t all drinks and forgetting people’s names; you’re expected to think, and in Freshers’ Week too. So as you sit down to that first horrifying essay/problem sheet, stick on this 90s hip hop banger and let DJ Premier and Guru ease the pain.

Not solely a song about the effects of alcohol on the fairer sex, this single from LCD Soundsystem’s last album takes guys into account as well. Singer James Murphy sees “drunk boys keeping pace with the paedophiles”, and at some point during Freshers’ Week, you probably will too.

“Add it Up” – Violent Femmes

For those not fortunate enough to end up knocking boots after a drunken evening of romance in Wahoo, there’s always Violent Femmes. This 1983 ode to sexual frustration is just as relevant to freshers as ever. And if you play it loud enough, you can drown out the sound of the two people going at it next door.

“We Hate it When Our Friends Become Successful” – Morrissey

Recipe for a Rom Com 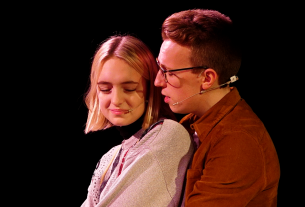