Following the unprecedented mediocrity of part one, here follows the second installment in this fabulously uninteresting reel of the University of Oxford’s complaints, bothers and annoyances. Be prepared for surprises / brutal manglings of the English language as the alphabet nears its conclusion…

It’s three AM, you have a dissertation on the consistency of Nietzsche’s philosophy due in that morning, and the person next door is playing Call Me Maybe so loud the windows are rattling. Or maybe it’s six AM, you got back from Bridge an hour ago, and the local campanologists have decided to perform a musical interpretation of nuclear war in Exeter College Chapel. “The isle is full of noises,” Kenneth Branagh / Danny Boyle / Shakespeare told us in the Opening Ceremony. They weren’t wrong.

There’s something compellingly pathetic about the rivalry between Brookes College, Oxford and the rest of us. Is it an epic battle of brains versus brawn? I’m not so sure. In many ways, the two are so alike. Both have their own costumes; we sport the elegant sub-fusc, they the red cloak and naked flesh of Spartan warriors as their rugby lads descend on Fuzzy Ducks. And so what if they get laid more than us? Most of them don’t even know their Titian from their Tintoretto.

When you break the rules, it’s the proctors – the bouncers of the University – which will be sent after you. Wear the wrong-coloured socks during exams, or celebrate too boisterously afterwards, and they will drag you away to their dark, dank dungeon of death and flay your skin with big spiky whips. OK, maybe they’re actually quite nice people who’re here to stop up being arses, but no-one likes getting told off.

And the architectural award of the millennium goes to whichever mug decided to put several large squares of grass slap bang in the middle of the main thoroughfare of each college. The quad is the logistical equivalent of the new Apple Maps, in that it leads you on a massive detour, when you could easily go in a straight line. If I took the number of hours I’ve lost walking round the grass, and invested them in my social life, I might even have some friends to spend my Saturday night with, instead of writing this crap…

Before I came to Oxford, if someone warned they were about to rusticate me, I would have expected to undergo a sexual experiment leaving me scarred for life. The reality is only slightly less alarming. Fortunately, there are clothes involved. Unfortunately, you can get chucked out. Maybe don’t try this at home?

I don’t care if OUSU are standing up for our rights, and I don’t care if they’ll be fighting in our corner if the University ever screws us over. Just stop sending me emails! I always feel so popular when I see that new message bulging in my inbox, making my disappointment all the more acute when it’s just Martha Mackenzie updating me about the latest batch of carbon-neutral, environmentally-sustainable eggs from some post-feminist, LGBQT sparrow commune…

It is a truth universally acknowledged that anyone entering Oxford University must suddenly develop a fervent hatred for the only other institution in the world that is remotely comparable to their own. Look at those scumbags at Cambridge, with their stupidly unnecessary square lawns and their rubbish little punts and their decadent medieval architecture. Who do they think they are? Pretentious pillocks.

Ooh, let’s pay 200 quid for some extra lectures and the most expensive bar in Oxford. Let’s watch the corrupt, desperate weirdoes in our year alienate their friends and then dress up as pompous toffs every week. Ooh, what a bargain. The Union debates are so boring I literally have no analogy that does them justice. Watching paint dry? Watching grass grow? How about watching grass dry, underwater? Still not enough. And the Purple Turtle? My Facebook profile picture was taken in there once. The next day, I started receiving humanitarian aid packages in my pidge.

We all love Oxford so much, it’s just awful when we have to go home, right? OK, maybe not, but there aren’t that many words beginning with ‘v’ and I couldn’t think of anything better. Oh, varsity, there’s one. Bugger.

You can’t put a price on cleanliness. Erm, actually, you can. Around £1.50 a pop for the washing machine or dryer. Plus the hassle of dragging your dirties past a flock of goggling tourists. Then the moment when you discover that some laundry pirate, in their corsair fury, has emptied your clothes on the floor to hijack your washing machine. And young ladies still seem so shocked when I explain to them why I haven’t changed my clothes in four weeks…

Xtremely difficult books to get

Oh, come on, I’m hardly spoilt for choice down this end of the alphabet. And anyone who’s ever tried to get a book from a closed stack will appreciate it would be quicker and easier to write and publish the damn thing themself than get it from SOLO. Oxford seems to take pride in gathering the rarest and most important manuscripts in the world, and then hiding them from its students.

Young, Bright and on the Right

Port, pith helmets and casual racism; the reputation of Oxford’s now disaffiliated Conservative Association certainly precedes it. Joe Cooke’s Machiavellian performance in this mockumentary on BBC Two probably hasn’t helped matters, and university access officers are still running round the country trying to assure applicants we don’t all have Margaret Thatcher as our desktop background.

There just aren’t any, OK?

And, exasperatingly, there could have been. Animal rights activists forced nightclub Carbon to cancel its plans to install a live zebra outside the venue, this April. And, no, I haven’t made that up. Perhaps one day, the striped beast of the savannah will return to its rightful home among the Dreaming Spires?

The Most Romantic Places in Oxford 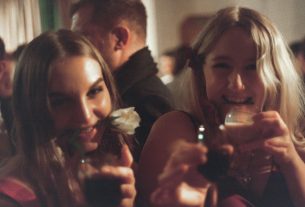 Hard-earned advice (from three years of being a mess)