What we would give to know what that person is thinking… and maybe, we are one step closer to scientifically reading people’s emotions.
It sounds extraordinary and it is. This summer, a very high-tech pair of glasses hit the market: the O2 Amps. Their purpose extends beyond providing the usual shade by reflecting and absorbing rays of light; in fact, they make wearers more sensitive to emotional cues revealed by other people’s skin complexion.

For more than two centuries, scientists have been puzzled by the question: why do we see the world in colour rather than in black & white? It has long been believed that seeing in colour gives us the evolutionary advantage of being able to find food quickly, since brightly coloured fruit is immediately recognizable against a backdrop of dark green leaves. However, neuroscientist Mark Changizi – the Director of Human Cognition at the research institute 2AI Labs – has a rather different view; he argues that colour vision also enables us to better identify other people’s health and mental states by observing the extent to which their blood is oxygenated.

Unconsciously, we monitor the oxygen and haemoglobin levels of blood vessels just beneath the skin on other people’s faces by observing their skin colour, which can help us to gauge their mood. The glasses enhance this natural ability by highlighting a person’s skin colour, and providing users with a colour chart against which they can match the colour they see.

For example, the chart indicates that the more red their face appears, the more oxygenated their blood, and so the more angry, embarrassed or sexually excited the person is feeling. In fact, Changizi has mentioned that the glasses may come in handy on dates, though whether the neuroscientist has considered the attractiveness of wearing glasses on a date is another question. In contrast to red, a green-blue colour indicates a high haemoglobin concentration but low haemoglobin oxygenation, suggesting that the person is feeling sick – in other words, a colour you don’t want to see very often.

The reality of people walking around wearing what look like sunglasses in typical British weather is unlikely; they’re not going to transform the normal population into Derren Brown wannabes or render the poker face useless – not yet anyway. However, they do have real practical benefits in medical environments in which the glasses make patients’ veins or high haemoglobin concentrations (a sign of skin trauma) much easier to spot. It has also been proposed that security staff at customs could wear the glasses to help them detect a nervous or suspicious face.

Why is music so addictive? We have our ancestors to blame… 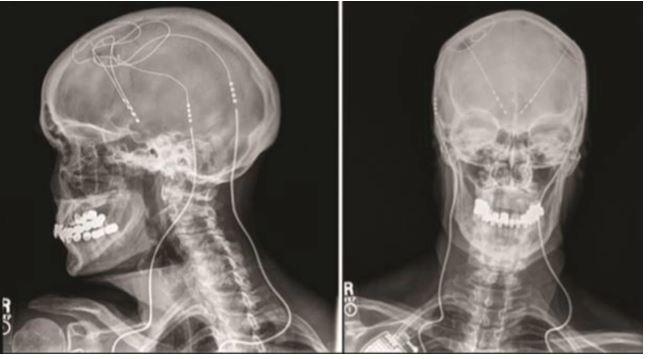