Wikipedia’s explanation of the second law of thermodynamics reads more like a headache‐inducing textbook entry than an album concept for the ‘most exciting live act of all time’.  Muse’s lead singer coined 2nd Law’s title after watching a panel of economists on the BBC using physics analogies. For all those Oxford science geeks seeking a new role model now that Professor Brian Cox is off the telly, I present to you: Matt Bellamy.  For those non-science geeks, drummer Dom Howard handily condenses the theory into an apocalyptic nutshell: “All energy…in the universe is running out”.  Yet 2nd Law is less doom and gloom and more “How much fun can we have in the musical instrument cupboard?”

Album opener ‘Supremacy’ is so big that it’s difficult not to laugh as it indulgently combines stomping guitar riffs, military drums and dramatic strings. Muse have moved on from providing the soundtrack to teenage-vampire-romance films. Instead this could be the backing music for an intergalactic battle of gargantuan proportions, possibly with comedic slow-mo sections.

There are a few weak tracks, but they’re largely offset by gems like ‘Panic Station’, which playfully straddles Scissor Sisters and Queen. Muse’s contribution to the Olympics soundtrack ‘Survival’ builds to a zenith of menacing operatic backing vocals and a falsetto climax that rivals the end of Grease’s ‘Summer Nights’. Presumably it was supposed to spur athletes on with its confident declaration of “I’m gonna win/…I’ll never lose’ but lyrically and musically it takes a darker turn as Muse posit themselves more as vengeful and inhuman villains than superheroes. ‘Follow Me’ begins rather sweetly with the in-utero heartbeat of Bellamy’s son, yet the singer’s vow to lead and protect his newborn is rendered slightly insincere by its dubstep and EDM backing. By contrast, on the largely electronic ‘Madness’ Muse reconnect with their sentimental selves. The song subtly shifts into a warmness that wouldn’t be out of place on a U2 ballad. ‘Madness’ is a grower, but arguably one of the album’s highlights, matching a rare restraint with real power.

Given that Bellamy tweeted that the album would be a “Christian gangsta rap jazz odyssey, with some ambient rebellious dubstep” I was expecting an impenetrably experimental listen. Yet this is the band whose aims include landing a UFO-shaped zeppelin in the stadium during their concerts. Muse have got lofty ambitions, but their plans for musical world domination go hand in hand with an ever unpredictable and creative sense of fun.

The ten best classical releases of 2012

Live review: Stornoway storm away at the finale 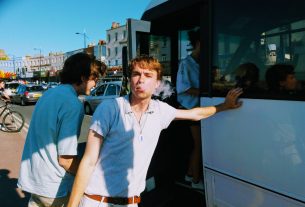 Taking it down to the shore: On the bus with Sports Team live in Margate