An Oxford don has been caught on camera threatening to “set the dogs” on a group of peaceful protestors.

Mr Hartnett was speaking at a gala dinner for a conference of taxation experts when several protestors dressed in black tie gate-crashed the event and presented him with a lifetime achievement award for tax dodging.

After being informed that this awards ceremony was a hoax, Mr Venables rose to his feet and ordered the activists to “depart immediately before we set the dogs on you”. As he ushered them out of the hall, the taxation law expert was heard saying “trespassing scum”.

A video of the incident has received nearly 200,000 views since being uploaded to YouTube by the protestors last week.

Sam Hollick, the Green Party councillor who took part in the film, told The Oxford Student: “The great thing about this is that it’s a positive protest. No-one is being intimidating except Robert Venables QC who’s going to set the dogs on us.”

Even another guest appeared alarmed at Mr Venables’s choice of words, advising the barrister to “cool it” as the protestors left the building.

Mr Venables was the chairman of a conference held by Key Haven Publications, which publishes books and reviews on taxation. He was the chairman of the Revenue Bar Association of England and Wales between 2001 and 2005, and was the consulting editor of The Offshore Taxation Review.

Tickets to the publisher’s three-day event cost over £1000 and included a seminar called “Non-Residents and Foreign Domicilaries”, which offered advice on “How to Become Non-UK Resident” and “Incidental Work in the United Kingdom”.

According to the event’s website, guests were requested to check in at the New College Porter’s Lodge upon arrival. However, neither Mr Hollick nor the protestors met any resistance on their way to the dinner.

“We just walked into the event,” he said. “No-one seemed to have a problem with it.”

New College was unavailable for comment but The Oxford Student understands that charges are not being pressed against the protestors.

The protests focused on revelations that came to light last year when a HMRC whistle-blower claimed that Mr Hartnett had waived as much as £20m of interest on a £30m Goldman Sachs bill, despite telling the public that the waiver was for “less than £10m”.

Mr Hartnett was further accused of letting telecommunications giant Vodafone off as much as £8bn in taxes by accepting a £1.25bn settlement.

HMRC was ordered to make its processes more transparent after being cleared by a National Audit Office report in June.

Mr Hollick said that Mr Hartnett speaking in the Holywell ward was a “major reason” for his participation in the protest. He said: “The council is being asked to make cuts to peoples’ benefits, and we wouldn’t have to do this if all the rich companies paid their tax they’d been asked to pay in the first place.”

Having interrupted his retirement speech, one of the protestors went on to explain to the bemused guests: “We’re here to offer our thanks and really wish him all the best for the future.” After Mr Venables’s intervention, they replied by singing the chorus: “For he’s a jolly good fellow, and so save all the tax.”

A HMRC spokesperson said that since his retirement Mr Hartnett no longer spoke on behalf of the agency. Both Mr Venables and the University of Oxford were unavailable for comment. 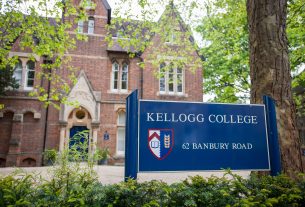 UK ambassador to Syria in Oxford

No RON-seal of approval at Johns