74% of people not only fail to realise that the experimenter is sliding back the wrong photo but also continue to give reasons for why they prefer this face, despite it not being the one which they favoured earlier. That’s according to the results of a study conducted in 2005 by Petter Johansson (a researcher at the Division of Psychology and Language Sciences at UCL). You might argue that Johansson’s participants simply weren’t paying sufficient attention to the photo they were handed back. However, impartial judges rated the justifications that the tricked participants gave for their preferences as no less detailed in their references to the faces’ features than those of non-tricked participants. So this phenomenon – called choice blindness – reflects not an issue of attention but our genuine and shocking unawareness of the choices we make.

In 2010, Johansson decided to raise the stakes and take choice blindness into the real world, specifically to a market stall selling jam. The jam jars at this stall were no ordinary jars: they could be opened at either end and contained a different flavoured jam at the top and bottom.

In an experiment, people passing by the stall were asked to taste two jams with very distinct flavours – spicy cinnamon-apple and bitter grapefruit – and choose their favourite. The experimenter then discreetly flipped the jar, gave the tricked participant a second spoonful of their least preferred flavour and asked them to justify their liking for what they thought was their favourite jam. 80% didn’t question having receiving the wrong jam and after the truth had been revealed, only 50% reported thinking the second spoonful was not right.

This year, Johansson’s team took this line of research to the next level, replacing inconsequential jam jars with value-laden moral attitudes. In this latest study (hot off the press this September), participants were asked to judge the extent to which they agreed with statements such as “what is morally permissible ought to vary between different societies and cultures”. The statements were typed out on a small piece of paper which was lightly glued to the A4 questionnaire booklet. When participants turned the questionnaire’s front page by folding it over the top of the clipboard, the small piece of paper (upon which the statements were typed) stuck to the back of the deliberately extra-sticky clipboard! This meant that when participants were asked to turn back to the first page to justify their responses, they were faced with a new set of statements – these were previously hidden by the small piece of paper and contained the exact opposite moral stances. Nonetheless, 69% failed to identify that at least one of the two statements had been reversed and continued to justify the moral stances presented without question!

It is difficult to stomach the findings of research into choice blindness. The phenomenon points towards the unappealing possibility that our attitudes are commonly reactive. In other words, rather than being held firmly and truthfully, attitudes may be generated spontaneously to serve the needs of the current situation – and perhaps more often, it is the need to demonstrate we are right than to identify what’s right. 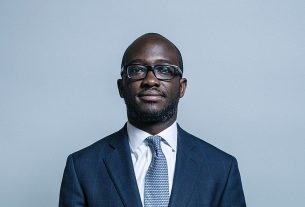 Dark forces are afoot: a glimpse of dark matter? 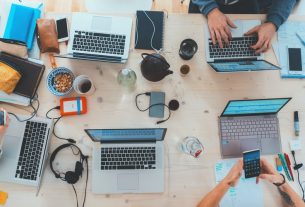 Technology-keeping the show on the road