You may know Public Enemy for their sequence of hugely influential albums in the late ‘80s, featuring now iconic songs like “Fight the Power” and “Rebel Without a Pause”. You may know them for their 2007 single “Harder Than You Think”, which became a massive smash this summer when Channel 4 used it as the soundtrack to the Paralympics. Chances are you won’t know them for anything else.

That’s because since the mid-90s Public Enemy have remained very much below the radar, and The Evil Empire of Everything is unlikely to dent the charts any time soon. Lead rapper Chuck D is now 52 years old and it could be argued that the band are no longer relevant. However, the group’s trademark concern – politics – is something that never goes out of style, and anyone who loves the rage of the earliest albums will be pleased to know that little has altered since then. The targets of Chuck’s deep-voiced salvos of fury have changed though. “Beyond Trayvon” deals with the shooting of teenager Trayvon Martin earlier this year, and “Icebreaker” attacks the racism faced by Mexican immigrants. This willingness of the group to deal with the most up-to-date sources of injustice adds a sense of the contemporary and saves them from seeming too much like a bunch of old guys ranting at an industry which no longer pays them any attention.

And then there’s Flavor Flav. If Chuck is still as loud and angry as he ever was, Flavor (the originator of the clock-around-the-neck hip hop stereotype visible at bops everywhere) is still just as bewilderingly ludicrous. His solo track on the album, “31 Flavors”, features such lyrical gems as “Don’t believe the hype, you can catch me on Skype”, and as usual his batshit craziness is a great foil to his partner’s intensity.

In terms of beats, the group has also stuck to their guns; heavy drums, jarring soundscapes and constant vocal samples are the order of the day. Unfortunately this doesn’t always work, as shown by “Fame”, which is essentially an unbelievably annoying version of PE classic “Welcome to the Terrordome”. A tendency towards repetition, in terms of both beats and hooks, does let the album down at points.

Overall though, The Evil Empire of Everything is an admirable effort on the part of a group who never sacrifice their artistic integrity in their drive to remain relevant. They might be old enough to be the grandfathers of some of rap’s biggest stars, but Public Enemy are still refusing to lose. 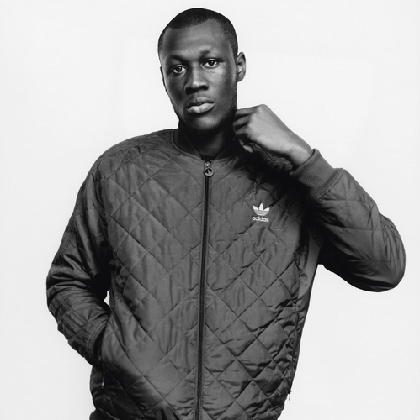