Elisabeth ‘Ginny’ Greenway of New College, Tom Phillips of St Anne’s, and Kristian Fox of Exeter were all involved in the incident.

The Russian Emergencies Ministry in the Perm region awarded these students with certificates and letters of appreciation for stopping a devastating forest fire.

The students were on a rafting trip when they saw an unattended campfire and poured water on it to extinguish the fire, preventing it from spreading further and potentially causing a disastrous forest fire. This occurred as they were undertaking a summer internship at Perm State National Research University in Russia that involved rock climbing, rafting, and studying the local rocks and plants.

The Perm State University website features a mention of the students’ brave act, saying: “If the students had not arrived on time the fire could have spread to the trees and caused a major fire. For their courage and determination Elisabeth Greenway, Kristian Fox and Thomas Phillips received, from the deputy chief of staff of Russia’s EMERCOM in the Perm region Colonel Oleg Melnikov, thank you notes.”

Ginny Greenway, one of the students involved, said: “I was with two other students rafting as part of a summer internship at Perm State National Research University, and someone saw a campfire, so we poured some buckets of water on it.”

She continued: “I think probably because we were English everyone got quite excited by this, and reported it as an incident to some regional emergency services department.”

But their internship did not just involve saving the Russian state, the intensive programme involved overcoming Russian rapids, rock climbing, travelling down into mines, studying local flora and fauna and investigating minerals.

One student shared their impressions of the experience: “We’ve been to places that are not accessible either by car or on other transport. In England you cannot find such natural objects, even in national parks. We’ve been down to 400 meters below the ground, collecting mushrooms, chopped wood, and we learned to cook in the field. This is incredible!”

“During our trip to Russia, we made a lot of friends, and hope that our relationship with them will continue.” The students also experienced some local culture at the Perm Ballet and visited the ‘White Nights’ festival.

It seems the experience was rewarding for both the students and the Russian state of Perm, who was saved from potential danger. 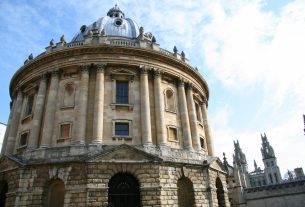 Annual access report released: ‘the pace is slow, but the trajectory is clear’