Thanks to the Oxford University Galaxy Zoo project, members of the public have created an A to Z of galaxies where you can write in the stars.

The University has invited the public to get involved and help astronomers gain new insights by classifying galaxies that have never been seen before.

Oxford University astrophysicists uploaded over one million images of galaxies captured by Hubble and ground-based telescopes, and then asked web users to classify them by their shape. The galaxies can be classified as spiral, elliptical or emerging at www.galaxyzoo.org.

Dr Chris Lintott, a researcher in the Department of Physics at Oxford University, assumed that it would probably take three or four years to complete this research. It has now turned into the biggest science experiment on the web.

Lintott had hoped that each image would get 10 clicks. Three weeks after its launch, 10 million clicks proved that he was right: the public, as well as professional astronomers, are capable of classifying galaxies. “It was like being hit by a tidal wave,” says Lintott.

Over 250 000 people have taken part in the Galaxy Zoo project since its launch in July 2007, scanning through over a million pictures.

As the Galaxy Zoo’s principal investigator, Dr Chris Lintott says: “We’d like to thank all those that have taken part in Galaxy Zoo in the past five years. Humans are better than computers at pattern recognition tasks like this, and we couldn’t have got so far without everyone’s help.”

“Now we’ve got a new challenge and we’d like to encourage volunteers old and new to get involved. You don’t have to be an expert – in fact we’ve found not being expert tends to make you better at this task.”

Besides characterising elliptical and spiral galaxies, the volunteers have also found galaxies which resemble all letters of the alphabet.

Dr Steven Bamford, a Galaxy Zoo team member from the University of Nottingham, has created a website called www.mygalaxies.com where anyone can write their name in the stars.

The Galaxy Zoo team is also keen to add more animals to the volunteers’ celestial zoo, having found a convincing penguin-shaped galaxy.

Another team member, Dr Karen Masters from the University of Portsmouth, explains: “In astronomy, we’re lucky enough to get to see both the past and the present of the universe. By comparing the two, we can try to understand the forces which have shaped the formation of the galaxies in it, including our own Milky Way.” 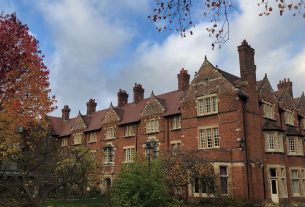