Novice rowing has been thrown into chaos after adverse weather conditions over the weekend caused the Isis to be closed.

Oxford University Rowing Clubs (OURCs) changed the safety rating of the river to “Red Flag” on Friday evening just hours before dozens of college rowing taster sessions were due to begin.

The conditions on the river have remained too dangerous throughout the week, leaving hundreds of Freshers still waiting for their first experience of rowing in Oxford.

Chris Payne, University Men’s vice-captain, said: “It’s incredibly frustrating. We’ve had dozens of keen rowers signed up and we won’t be able to get them on the water as soon as we’d like.”

Kyle Groves, Lincoln Men’s lower boats captain said: “It will suffer because of the weather.”

The second year physicist added: “We did get quite a lot of people who were interested in trying rowing at the Freshers’ Fair – just under 50 wanted to try but the fact that they can’t does hinder it. It will suffer because of the weather.”

Captains organising novice rowing have been forced to devise alternative training plans and social events to keep hold of their new recruits.

Groves said: “We’ve put the boat on the water so they can see what it’s like and we’re tried to push the social side. We’re doing capture the flag with the senior members of the boat club this weekend.”

Claire Wills, Lincoln Women’s lower boats captain: “It’s made us become a lot more inventive than we otherwise would have been, but it seems to have worked so far.

She added: It’s meant that we’ve only lost people who weren’t so keen in the first place, and who’d have dropped out anyway.”

Worcester’s vice captain Justin Weeks also thought that the weather would have a minimal impact on sign-ups. He said: “Everyone is still really interested in getting involved with rowing. We’re having two socials and a tank session at Iffley Road to introduce them to the rowing technique.”

Christ Church rower Ely Sandler saw the funny side: “It makes it difficult to get the novices interested in rowing – without water sessions, all we can offer them is cool stash, incredibly fitness, Adonis-like physiques and a great social life.”

Although it has remained dry for large parts of this week, the river remains too dangerous for any water-sports to take place. 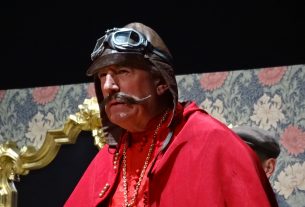