Jessica Ham, a fresher studying Chemistry at St Anne’s College, has been awarded the 2012 Bill Bryson Prize by the Royal Society of Chemistry for her ‘Flask in a Mask’ comic strip.

The competition was created as a way to encourage and recognize clear science communication in primary and secondary school students in both the UK and throughout the world.

Ham said: “The purpose of the competition was for chemists to welcome the Olympics to the UK, hence the comic on chemistry and the Olympics. I decided to do a comic simply because I quite like comics.

“One reason to enter the competition was the opportunity to win £500 for Moulton School’s science department- it just seemed a nice thing to do as I left.

“I was mainly just relieved to win because it meant that all the hours I spent on the comic while my friends were doing ‘proper’ paid work hadn’t been wasted after all.”

Jessica’s project was chosen out of hundreds of others in various formats, from video clips to PowerPoint presentations.

Andrew Goodwin, Jessica’s Chemistry tutor at St. Anne’s, said: “We at St Anne’s are delighted at Jess’s well-deserved success in the Bill Bryson competition. Her prize-winning comic strip ‘Flask in the Mask’ has just the right mix of wit, science, and artistic flair to convey some serious chemistry while being incredibly entertaining at the same time.

“What shines through even clearer than Jess’s creativity is her affection for and knowledge of her subject. Well done.”

A fellow fresher at St. Anne’s also congratulated Jessica, saying: “I am incredibly happy to hear about her award. It’s great to know that my fellow first years are already going things to put our college on the map!”

Jessica is to be recognized formally at a gala later this year in London, and provided her debut comic generates sufficient interest, she will also have another comic strip published in the RSC’s The Mole magazine in November.

On this, she said: “The scientific content doesn’t actually vary much from the one that won the prize, but there’s some new puns in it!” 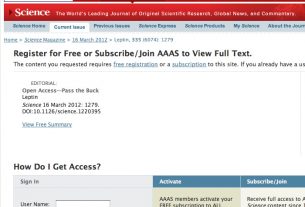