John McCain should look old. He has, after all, served two terms as a Congressman, almost four as a Senator and spent six years of his life as a POW in North Vietnam. And yet McCain speaks with the restless energy and fluid articulacy of a much younger man.

In a world where Sarah Palin can be chosen as a Vice Presidential candidate, it’s easy to see the Republican Party as a band of pantomime villains. But, while McCain’s views on issues like abortion may well be unsavoury to many Europeans, it seems impossible on meeting him to think of this man as stupid, or as anything less than passionate about what he believes in.

Speaking in the Union’s debating chamber before our interview, the Senator brushed off his own failed presidential campaign in good humour: “You know, when that race was over I slept like a baby. I’d sleep for two hours, wake up and cry!”

Yet there are a number of striking resemblances between the trajectories of the McCain and Romney campaigns. Perhaps the most prominent is the swing to the right during the primaries and then centre during the general election that both candidates showed.  We asked the Senator how a candidate goes about balancing the support of their party with the support of the electorate:

“All primaries happen that way, and this was the same thing with Barack Obama. In 2008, he was able to defeat Hilary Clinton; one of the major reasons for that victory was that she had voted for the war in Iraq and he had voted against it, and that was an energiser for the liberal base. So I think it happens in every campaign, but I don’t think that Mitt has swung that much. I think that he is maybe projecting a more centrist image now, but when you really get down to it he’s really not saying things much different to what he was during the campaign. But we all know that this campaign, this election, will rest on the independent centrist voter, and so I think that his [Romney’s] appeal is directly to them. And I think that the conservative base has pretty much stuck with him.”

Sticking to the topic of the Romney campaign, we challenge McCain on the manner in which the Republican National Congress made use of a quote taken from one of Barack Obama’s speeches in which he supposedly said: “If you’ve got a business, you didn’t build that.” The quote, which became the rhetorical center of Romney’s campaign at the time of the Convention, was removed from its original context in which Obama said: “Somebody invested in roads and bridges, if you’ve got a business, you didn’t build that.” We asked McCain if he was ashamed of his party for so shamelessly decontextualising the President’s words:

“I think that life isn’t fair. For example in 2008 when the market crashed, the next day I came out and people said we’re in an economic crisis, and I said that I thought that the fundamentals of our economy were strong. And I was excoriated; I was excoriated for weeks: “McCain thinks our economy is fine.” Well of course as soon as Barack Obama became President he came out and said, “the fundamentals of our economy are strong”. I mean, politics is a beanbag. The second thing I would point out about it is that this wasn’t the first time that he said in my campaign that we needed to “spread the wealth around”. There’s a recent video that comes from 2007 when he was talking about that same philosophy. I do believe that even though maybe there was a certain unfairness in using that phrase, the President continually talks about how the government creates jobs. This is the fundamental difference between Barack Obama and Mitt Romney. We [the Republicans] believe that business creates jobs. Whereas the President wants to pour more money into whatever it is. And you know one of the most telling blows the other night [at the first presidential debate] was that Mitt Romney pointed out that we spent $90 billion on these green technologies. And Solyndra, in particular, has really become a catchword for this.

“I know that Mitt Romney doesn’t believe that 47% of the electorate is his enemy. You know, why would he write off 90% of the vote? I mean that leaves 3% to play with. But he was talking to an audience at a fundraiser and there were some hardcore people there etc. I know that he wants 100% of the vote and he cares about 100% of the people. But when he said that – kaboom – you know? One of the things about modern politics today is that no matter what you say, no matter where you are, if you’re even by yourself in that bathroom you’d better expect that somehow to be recorded and spread around. It’s just the nature of the way things are.”

But the difference of course between Obama’s “you didn’t build that” and Romney’s 47% gaffes is that the former was decontextualized and the latter was not. We put this to McCain:

“Well, I think that Obama does have the philosophy that you have to rely on government to create jobs. I mean, we put up as my Facebook picture the Wright Brothers with an airplane and a quote saying “you didn’t build that”. Politics is not fair and one of the things that bothers me a little bit is that there’s been a certain descent. 2008 was a tough campaign but I never called Barack Obama a liar, and he never called me a liar. He said McCain’s wrong, but not a liar. Right after the debate all he did was come out and say Mitt Romney’s a liar, a liar a liar. Campaigns I remember, you come out and you say, “he said this, that there’s 23 million jobs, and the fact is that there’s 12 million”, or whatever it is and he’s not given you the right facts. So there’s been a certain descent in politics, and Americans I don’t think like it. I’m not blaming Obama entirely, don’t get me wrong.”

A recent poll suggested that only 11% of Americans believe that Congress is doing a good job, and, in recent years, the phrase “Congress is broken” has become a catchphrase of US politics. We ask McCain why this is:

“Well, partly this is mechanical because due to districting certain people, members of Congress are there for life, they have life-long jobs because they have such a majority with their party in these districts. But another part of the problem is frustration that people felt that gave rise to the Tea Party. None of us in the ‘establishment’ said we ought to have a Tea Party. That came up where people were so dissatisfied, and probably the economy was the major factor, and they said they were ‘taxed enough already’ and they went out and they waved signs and all of that. So then they galvanised the electorate to completely reverse the votes of two weeks earlier, and Republicans swept into the House. So maybe it is the establishment, both Republican and Democratic, which is the cause of it because we didn’t respond to what they wanted us to do. That’s why we come back to the independent party you heard me talk about before, [during his speech in the Union’s debating chamber, McCain spoke of his belief that dissatisfaction with congress would soon see the emergence of a third political party in the US]. If only 11% of the people think that Congress is doing the right thing then they’re going to look for an alternative.”

In many ways one can see tax-cuts as a microcosm of the partisan stagnation, which has characterised US politics of late. Perhaps most emblematic of this gridlock is the pledge devised by lobbyist Grover Norquist which has been signed by 238 of 242 House Republicans and 41 of 47 Republican senators, including John McCain.  Those who sign this ‘pledge’ commit to taking no action which would lead to taxes being raised. We ask McCain if he thinks this kind of partisan polarisation on the issue of tax-cuts is conducive to good government:

“One of the gridlock positions is that President Obama and the Democrats say that we must agree to raise taxes. Our position is that we don’t want to raise taxes, in fact we want to lower them. Two years ago Barack Obama said “we never want to raise taxes in a bad economy”. We’ve still got a bad economy. When the super-committee almost agreed there were concessions made by Republicans on loophole closing, we don’t call it tax-increase, but loophole closing and elimination of detections, ethanol and so on. Our most conservative senator from Oklahoma, Senator Coburn said that we had to have revenues, I mean, we even have tax breaks for tackle-box makers! That’s a really tiny item but it’s an example. I would do away with all energy subsidies: oil, gas, ethanol, green whatever it is. Let’s just let them all compete! And so there is a willingness, I believe, there’s going to have to be a willingness, we’re going to go over the cliff or there’s going to have to be a coming together. And that means you don’t insist on specific tax increases, but at the same time you are willing to gore some sacred cows. There are some of these tax breaks out there that need to go.”

McCain is a great champion of interventionist foreign policy and has long supported providing rebels in Syria with arms and supplies. We ask him how he thinks the result of November’s election will influence US foreign policy towards Syria.

“I really don’t know. My question with Syria is simple: how many people have to die? How many have to die before we would at least give them arms to defend themselves? I’ve talked to the foreign ministers of UAE, Saudi Arabia and these other places including the Turkish Prime Minister. They want America to take the lead, and you know all the things that they said would happen if we intervened, they have happened anyway. I know that a lot of these things shouldn’t affect you emotionally. You should always be distant and academic and scholastic, but when I meet these people who have given up everything; who have watched their children tortured to death in front of their eyes. I want to do something about it, and that’s not boots on the ground. Boots on the ground would be the worst thing we could do.”

Agony Lad on the EDL 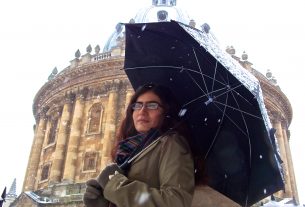 From Kabul to Oxford University