Is it our craving for the simple life (a phenomenon unknown to most Oxford students), or a rejection of modern ‘metrosexuality’ which has spurred the male materialist to reconnect with his arable roots and drag the unassuming and materialistically unconscious Amish into the giddy heights of the fashion world; a distant sight from provincial Pennsylvania?

The recent wave of Amish inspired fashion has seen men reconnect with neutral tones, natural materials, and ‘organic’ methods of personal hygiene, mainly involving a refusal to shave. Whilst men were once seen to opt for skin tight cuts (an apparent new found comfort with male materialism), it is now straight leg undefined tailoring, rustic colours, and that un-groomed beard that now define the style of certain sartorialists these days. It could always be useful just in case they get stranded in the urban jungle of their distinctly metropolitan lifestyles! But is this sudden reconnection with their unassuming predecessors a progression towards a more eco-friendly and distinctly masculine way of dressing, or is it merely a sartorial error? “Amish Chic” may indeed promote a stronger masculine undertone to menswear, where straight cuts and neutral colours reclaim the alpha male of old; a certain ruggedness lost in the modern materialistic world. It may also be a sudden reaction to the wave of androgyny seen in many spheres of the fashion world, whether it be Scandinavian minimalism of fashion designers such as ACNE, or the androgynous catwalk models of recent years such as Andrej Pejic and Marcel Castenmiller. At the same time, the clothes themselves are more eco-friendly by using less synthetic materials and dyes; allowing the fashion industry to avoid mass garment production exploiting East Asian nations. Yet perhaps most importantly, ‘amish chic’ allows the confused consumer to regain a much needed simplicity in an overwhelming sea of fashion trends and outfit suggestions, in which, it seems, men tend to struggle.

Contrary to what the majority believe, this fashion fad was not just a creation of the much berated “hipster,” but also numerous up and coming designers, such as Agi&Sam, whose combination of country style hats and farm related prints, present Amish Chic in a distinctly satirical and humorous light. The fusion of their infamous prints with traces of Amish inspired garments creates a unique mix of old and new, urban and provincial. It was even seen in the daring collections of Galliano after he featured rugged male goat-header inspired designs in his catwalk collections; perhaps the days of Hedi Slimane’s weak male are indeed bygone. 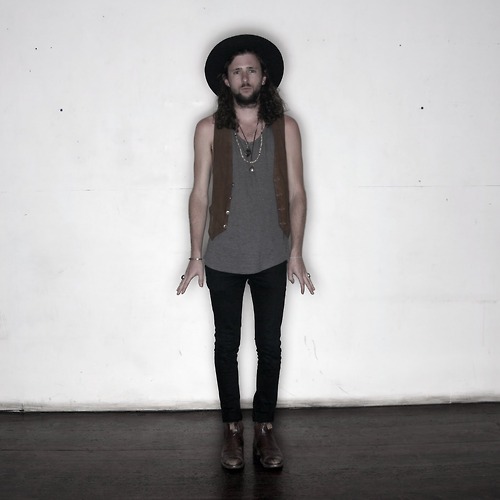 Yet there is something inherently affectatious behind their apparently untainted and natural façade; their image is no less crafted and sculpted than any other modern materialist. Behind their untamed beads lies a man clearly refined around the edges, with a clear consciousness of the subtlety of modern fashion trends, and an evident lack of the material carelessness of an Amish farmer. Rather than ripped trousers and fraying boots, we are presented with pristinely ironed shirts and stainless sand boots; a far sight from the provincial Amish patriarch. And if their urban lifestyle is anything to go by, these men will rarely ever see the countryside; Primrose Hill at the most.

Are the words ‘amish chic’ therefore not some sort of oxymoron? The blatant disparity between the materially conscious male with the projection of a man devoid of material care strikes a clear discord, and presents this trend to be far too fictitious to be anything close to effortlessly chic.

You don’t need a dress to impress