Publicly funded anti-rape campaigns centred around victim-blaming are nothing new. They have already been run by several police forces, notably West Mercia, whose ‘Don’t be a victim’ posters warning not to ‘let a night full of promise turn into a morning full of regret’ by getting so drunk that their night ends in ‘regretful sex or even rape’ attracted outcry from rape and sexual abuse groups. West Mercia police recently apologised and pulled the campaign, but this hasn’t stopped Thames Valley Police from distributing similar posters, which have been seen in St. Aldate’s Police Station and around the university. One poster found on a staircase in an Oxford college says ‘1 in 3 rapes happens when the victim has been drinking’, alongside a photo of a woman in distress. The poster in the police station is dominated by a photo of an under-18 being pinned down by a man, under the slogan ‘Her mum bought her the cider’. Both posters say ‘Know Your Limits’.
The idea that there’s anything a victim can do to ‘avoid’ a crime in which they are forced into sex is completely illogical. Whether the victim has been drinking is irrelevant. ‘Don’t get so drunk somebody else does something you’ll regret’ is not your average campaign slogan for any other crime. The responsibility for forcing one’s penis into a woman’s vagina, anus or mouth lies solely with the person who chooses that action. Rape is not a natural hazard which we can avoid by not drinking. Women are raped when they are drunk, sober, wearing mini-skirts, wearing jeans and a hoodie; women are raped outdoors, indoors, when they are awake, when they are asleep.
The indisputable message of these posters is that women who are raped when they have been drinking are responsible for letting themselves become victims and making themselves vulnerable. It is this culture of blaming the victims which means that the majority of women do not report their rapes, as a Mumsnet survey found in March 2012. It is no coincidence that the attrition rate for reported rapes is estimated at only 13%. In the context of our society and the way in which it treats women who are rape victims, this kind of poster is completely unacceptable.
There are sensible and effective anti-rape strategies out there, such as Thames Valley Police’s ‘Don’t Cross The Line’ campaign, which urged men to abandon their belief that ‘I can’t be a rapist, I don’t lurk in dark alleys’, and the Welsh government’s 2010 ‘Stop the Blame’ Campaign. Lambeth Council’s ‘Do You Know The Difference?’ project stresses that ‘a woman saying yes to a drink doesn’t mean yes to sex’ and places the responsibility on men ‘to make sure that she consents and agrees to sex’ concluding that ‘If you don’t, then it’s rape.’ Rape Crisis Scotland reversed the trend of targeting rape prevention messages at women by producing a list of tips to end rape aimed at potential perpetrators, similar to the ‘We Can Stop It’ campaign of Lothian and Borders Police.
These campaigns may seem patronising, but is telling women to be careful about how they dress, where they go, and who they talk to in order to stop someone else committing a crime against them any less patronising? They may be stating what seems like the obvious, but that’s because potential rapists need the obvious spelling out to them. Rape is entirely the fault of the perpetrator. By contrast, the posters produced by Thames Valley Police and distributed across Oxford place the responsibility on the victim. The misleading and woolly assertion that ‘1 in 3 rapes happens when the victim has been drinking’ misses the point that three in three rapes could be prevented by the rapist.
This campaign needs to be pulled as soon as possible. It does nothing but place the blame on the victims and their families when it should be placed squarely on the attacker. Rape is rape. It is not excusable. It is caused by rapists and structural misogyny, not by victims and their taste in clothing or drinking habits. If we want to bring rapists to justice, we need to stop placing barriers in front of women who already feel afraid to report rapes because they think it was their fault or that they will not be taken seriously. 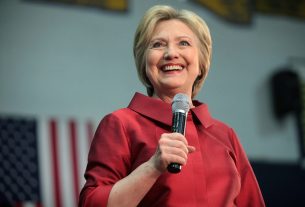 Wisdom from Without: J.S. Verma