A restaurant selling only burgers? Just burgers? No other main courses; just meat and buns? It’s certainly ambitious. Not even Burger King has such audacity. Well, perhaps the King should abdicate his crown, for Byron Hamburgers has dared to venture a fundamentalist burgerite menu, and OxStu features can confirm that it is a resounding success.

What the Georgian poet, freedom fighter and relentless lover would make of the eatery that bears his name is hard to say. Perhaps Lord Byron would have preferred more grandiose surroundings to the simple, functional establishment that has recently moved to George Street. But, inside, he would have found enough quality cuisine to fill his stomach. And his pet bear’s too.

Byron (the food chain, not the bloke with the bear) was founded by Tom Byng in 2007, who was shocked to find he just couldn’t get classic American hamburgers this side of the Atlantic. From its origins in London, Byng’s dream has spread to Kent, and now Oxford, where any student with a burger-shaped space in their gut would do well to check it out.

Byron is simple, unpretentious, and effective. It’s comfortable, the staff are great, and then we have the food… To start, we opted for the tortilla crisps, which to be frank, won’t be winning any awards. But the initial disappointment only made the first taste of burger all the more exquisite.

The Byron is, unsurprisingly, the signature dish, and it is an unencumbered taste sensation. At £9.25, it’s not the sort of meal Student Finance England wants you to be having every day, but it’s worth every penny. A great hunk of Scottish beef, with bacon, mature cheddar, and toppings, wedged into a perfectly soft bun. Of particular note is the Byron burger sauce, which is as far detached from the greasy slop ladled out chez Hassan as the British Inbetweeners is from the American one.
Chips and macaroni cheese constituted our sides, and the former were particularly good, but that’s exactly what they were: sides. If you want a dessert afterwards, you won’t regret it, but make sure to leave enough room. In true American style, the portions are generous. The drinks menu is also impressive, if pricey, and includes the Byron pale ale, a good enough brew in itself, but it’s difficult to see if it complements the main course as ideally as the menu might claim. The wide selection of whiskies is also worthy of note.

There is no shortage of personality at Byron. The atmosphere is understated, but appealing. You can imagine Ron Burgundy and the Channel 4 news-team stopping there to enjoy some Scotch and a nice pair of slacks. There’s a sense, from the waiters, and from the history of the place, that this is a labour of love, as much as profit. The Movember offers, which include a charity Mo burger, and free food for those raising over £25 from 7th – 20th November, only confirmsthat this is a diner that will appeal to your head, as well as your taste-buds.

So, what to make of the latest offering from Oxford’s gastronomic scene? Well, if you’re not a burger fan, perhaps look elsewhere. But to those even slightly ambivalent about meat sandwiches, we cannot recommend Byron enough. It’s not perfect; the menu is sparse and not ideally-suited to the student budget, but this is a burger restaurant. And burgers are what it does with thunderous aplomb. Are they the best hamburgers for sale? You can decide for yourself, but we can’t think of anything to match them this side of the Pond. 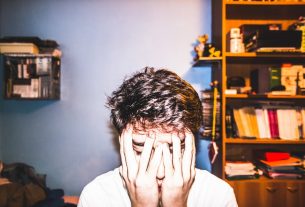