OxStu’s high-preist of table-top gaming helps you find the perfect start to you board gaming career.

When trying to get someone to start playing boardgames, it can feel like you’re a drug dealer trying to hook a new client; you want this person to have such a good time that they keep coming back for more, but there can’t be many side-effects. You want a game that keeps it simple and keeps it fun. Complex games are often fun too, but they’re not always for beginners, they have too many rules and take too long to explain and play. So here is a list of the (my) top 5 gateway games, to get your friends turning up on your doorstep at three a.m., sniffing a piece of card-board, and begging to take another hit.

Welcome to a new world, a world much different to our own; a world full of goblins and sprites and fairies and magicians and all manner of other magical creatures. An amazing thing about this world is the non-existence of lawyers and legal documents of any kind. The downside of this is that land ownership usually goes to the person/creature with the most muscle.

Small World is a game in which (much like Cosmic Encounter) you are tasked with the progression of a small and feisty race equipped with special powers. Your aim is to crush your opponents into the dust, taking their land and their pride, all for precious gold. This game is fast, and gods it is fun.  Every turn, you place little squares of cardboard (with very pretty images of your dudes/dudettes) onto the board. At the end of your turn, you get coins for every region you command. Usually, you need 2 pieces to capture an area, but if there are mountains/fragments of previous races/your opponent’s creatures in the area, then you must add one more guy to deal with the extra problem.

That is practically the whole game; you can explain most of the rules in 3 sentences. The fun lies in the balancing act you need to play between how many places you attack and how weak you’re going to leave each region against a possible assault on the next player’s turn. In a lot of ways, this is a distilled version of Risk –it’s short and snappy and fun, but you need to watch everyone with a beady eye: just how much of Smallworld can you afford to claim beautiful golden points for, without your best mate’s army of fairies trampling your ogres into the dust?

2) The Settlers of Catan

FARMING WARNING. There are a lot of games about farming, and not many people know why. However, most of them are surprisingly good, and this is one of them. The Settlers of Catan is about settling on a new island, called Catan (big surprise). You spend the whole game building settlements and cities, desperately rolling dice trying to gain the resources you need (i.e. through farming). All of this; whilst trying to avoid other players stealing your space and resources from under your nose, building your own private army, and building roads. Lots of roads.

Catan is a simple game, but a fun one, mainly because the most important mechanic (bit of rules) is that you can trade with your opponents, leading to exchanges like this:

Z:  “Does anyone have a sheep they’re willing to trade?”

As seen above, this game is silly, strategic, tense, and hilarious all at once. Oh, and it was on Big Bang Theory, if that’s your kind of thing.

The LSD of gateway games, Dixit is possibly the quickest game to both play and describe in this whole set; and as 3-12 player party game, it is ideal to get big groups hooked all at once! The game casts you as a group of point-hungry story-telling bunny rabbits (and you wonder why this is the LSD of my collection…), all trying to riddle and bamboozle each other into insensibility.

The game goes thusly: you will have a hand of five cards, every card depicts a different piece of lovely quirky artwork (this game is by far the most beautiful boardgame I have ever played). One player (the storyteller) puts one card, face-down, whilst giving a clue as to what is on the card. You’ll then choose the card you think best matches the clue, and then all the cards are shuffled and laid out for the world to see. Next step is to try and find the storyteller’s card, with rewards if you’re right; you’re also rewarded with tasty points every time you trick another player into thinking your card was the storyteller’s.

The point at which this game grows its little acid-bunny teeth is how the storyteller gets points: they only gets points if more than one, but less than all the other players guess his card. So the clues must be both obscure, and not too obscure. It is this choice that gives the game a strategic element, and makes it amazingly fun to play with just about anyone you will ever meet!

Many games are about commanding armies or managing cities or sailing the seven seas. Other games, like this one, are about trains. Surprisingly however, these trains will probably create the most intense boardgaming experience you ever have. The whole game revolves around collecting cards of the right colour to fill in train-tracks on the board, eventually aiming to connect the cities on your “route” cards. Sounds simple enough, and it is. However, if you build trains on a specific track, no-one else can build there. And suddenly, with that one rule, it turns this game into one of the most dramatic collections of plastic and card-board on the earth.

Imagine the situation, you are trying to connect Miami to New York, building on your route and miding your own business. Suddenly, someone notices what you’re trying to do, and that there is a small but vital track they can block, causing you both to race to find the right colours. Then the turn will come that the smug git sitting across the table from you will put down the trains, blocking your carefully planned route, forcing you to go through about ten more cities you really didn’t want to go through… This game embraces both the inner anorak and the manically laughing villain living inside all of us; I have seen players laughing outrageously at a move that leaves another player screaming in despair, and it is situations like this that make this game both cruel and fantastic.

This game is addictive, possibly one of the most addictive games ever. This is the dealer’s secret weapon, to get you hooked into strategy gaming for the rest of your life. And all he will do is put 12 decks of cards on a table, hand you a meagre deck of copper and petty land holdings, and watch you make an absolute mess of your first game. It will take half an hour, but you will see where you went wrong; your “friend” will then set up some different cards, and you’ll make slightly less of a mess. This will continue, until you are so embroiled in the world of Dominion you wake up five days later, a complete pro, surrounded by many MANY expansion packs.

Dominion is a deck-building game, this means you spend most of the game building a system, that will eventually grab you as much land and holdings as it possibly can in the last five minutes of the game. This game is characterised by the moment you frantically put your machine into action, hoping you’ve timedit right. Start grabbing victory cards one turn too early, and you end up with a machine clogged with useless cards whilst the game just won’t end. But if you activate it too late and there are no victory points left to claim, you can kiss your smugly anticipated victory goodbye. Dominion is a game that is really easy to pick up, and makes you feel like a genius; but what it is amazing at doing, is getting you to play more Dominion. At an average playtime of forty minutes, and 24 decks of action cards (the primary cards that you build your deck with, of which you only use ten each game) it will leave you gagging for more card-grabbing action.

Many of the games covered here are very easy to get hold of and have boat-loads of great expansions. So not only are they super easy to start playing, but you can also make it more complex when you want to, bringing in new rules and variants that keep you playing the games again and again and again. Now, who’s up for some cocaine? And by cocaine, I mean Mage Knight. Give a beginner this, and they’ll probably burst into tears and drop into a rules-enduced coma; I’d recommend you start with the games on this list, Mage Knight will still be there when you’re ready. 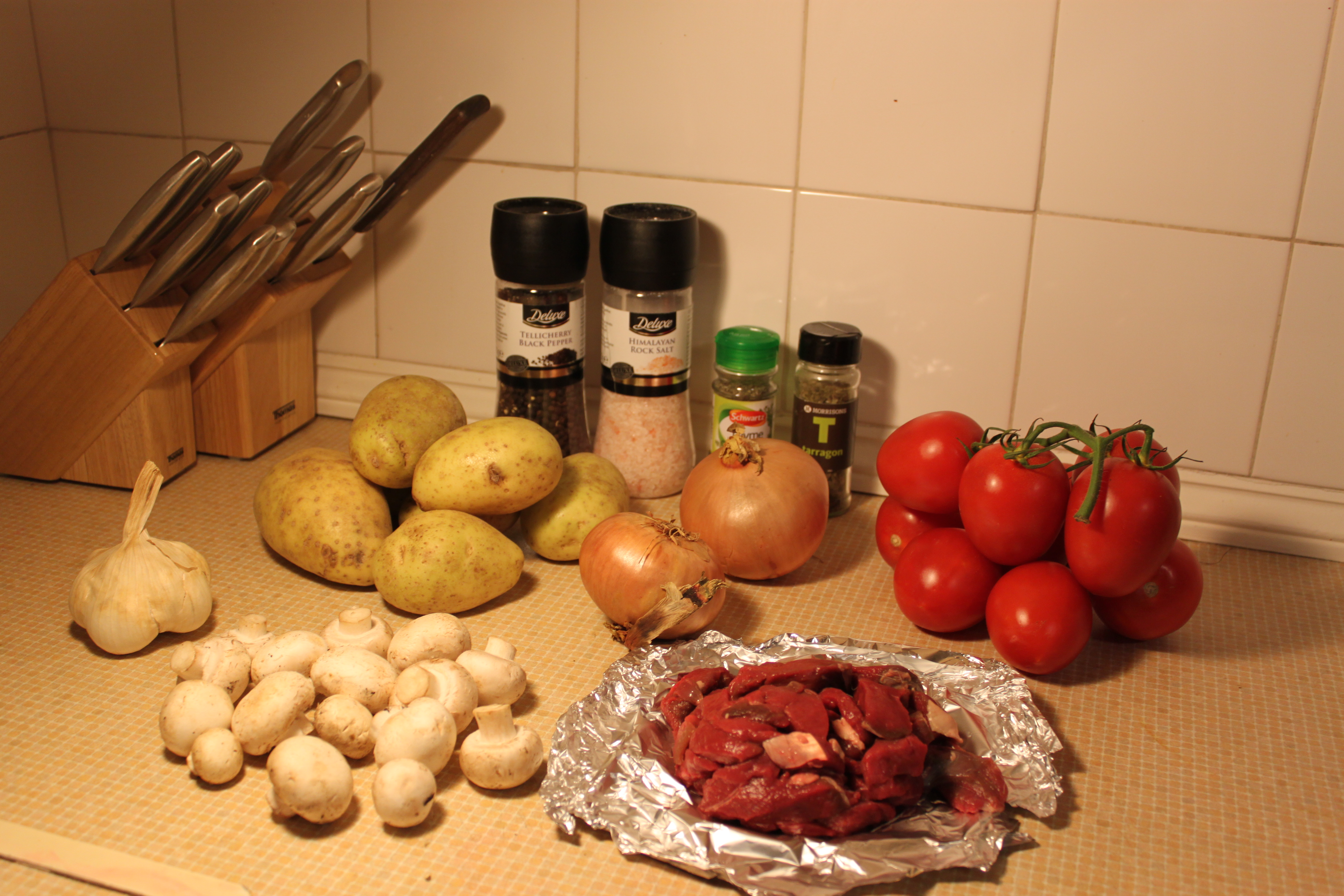 Dining in, the Covered Market way