“Unforgettable! What was it?… Oh I remember…”

A critic reviewing critics, in a play about plays – it doesn’t get much more pretentious than that.  The set-up doesn’t bode well but, the surreal nature of The Real Inspector Hound transcends cliché and dashes expectations in this cleverly written, well-executed send-up of critics and Christie.

For once, “Has it started yet?” was asked on-stage (rather than off) by the critic, Moon (Ed Barr-Sim), who had already been sitting opposite us in his reserved seat for a good five minutes.  It really was quite a performance. Pensive yet absent-minded, his wide-eyes flickered glassily from one corner of the room to the other, as he, and we, waited – as it turned out – for two quite different plays.  The critics of The Real Inspector Hound are not “part of the audience” – nothing so obvious – in fact, they were scrupulously good at ignoring us altogether.

This isn’t your standard “meta” play.  It doesn’t crudely bull-doze the Fourth wall and come crashing into the audience for a stage-dive. It doesn’t even peek over the Fourth wall at the parents in the back row; it is, like its critics, in its own self-contained introspective world.

Not only are the critics uninterested in us but they don’t initially appear to care terribly much about the play before them. (This time, I couldn’t sympathise).  They were too busy pouring out self-centred streams of consciousness – with typically Stoppard-esque flourish. For once, Stoppard isn’t wetting himself with comedic exuberance,  and the play doesn’t become a soap-box for his own wit.  In fact, his purple ponderings work perfectly in the mouths of these self-obsessed critics.  The aptly-named Moon (standing in for his boss) meanders in a melancholy through lyrical laments on the sad fate of the second string and daydreams about regicide with a croquet mallet.  Meanwhile, Birdboot (Sam Carter) entertains more sordidly prosaic fantasies about the actresses that he plans to ‘make’ with his pen.

Before this pair, a howlingly hackneyed “who-dunnit” (Birdboot’s description) is self-ironically set up on stage, as an impeccable maid (in a tone as prim as her powder) answers the phone: “Lady Muldoon’s country residence, one morning in early spring”. She doesn’t jest – this is Lady Muldoon’s country residence: everything about the set, down to the announcer’s wireless voice, is exquisitely period.  The fiery glances, gymnastic eye-brows, and rococo poises of the characters were more Christie than the furnishings.

The satire of self-absorbed critics and the ingenious take-off of parlour murder-mysteries could both stand alone, but worked exquisitely in parallel.   The audience alternated between whooping hysterically at the melodramatic slap-stick of the Major’s marauding wheel-chair and chortling wryly at the character-assassination of the critics.  But, it’s when the two halves of the play converge – and the critics step into the “whodunnit” that this cliché-riddled farce really begins to pay off.

The roles that we laughed at before as absurd parody are replayed – this time with bumbling critics who take them all too seriously. All along it seems, these uninterested critics have been projecting themselves and their murderous, philandering fantasies into this play, and in a mind-boggling finale, the “whodunnit” suddenly turns from a worn-out murder-mystery into a thrilling existential dilemma. 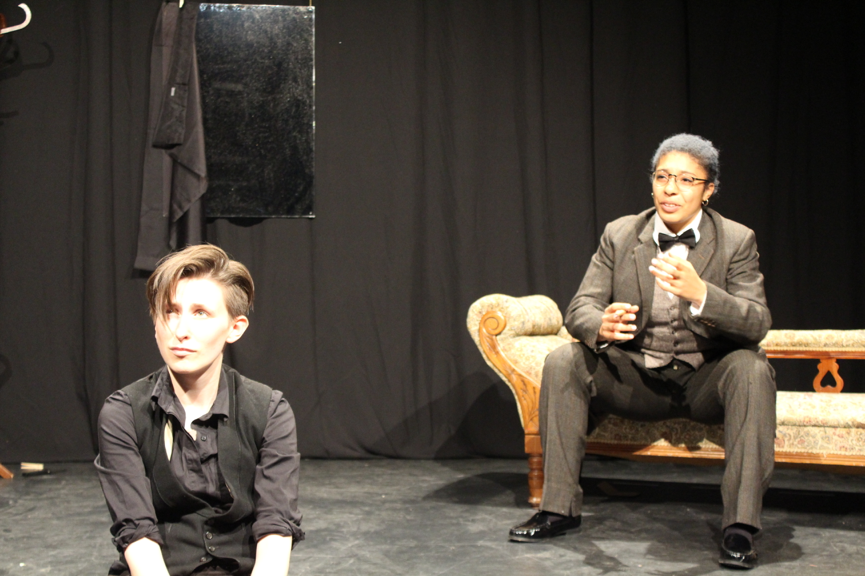 5 Of The Best… Horror Remakes