Lake Geneva, Summer, 1816. Byron, Shelley, Mary Shelley and Claire Clairmont summering in Switzerland: drinking a lot, writing a lot, shagging a lot and flouncing about a hell of a lot. The cast, sprawling across the stage, all revelled in the drunken debauchery of the premise. At the very least this play will be fun.

The greatest success at this stage is simple: the casting is spot on. Arty Bolour Froushan as George Byron, bounces about the stage, pouncing on each line with the energy and confidence the character demands. The chemistry (no, there’s really not a better word) of the two female leads, Mary Shelley (Amelia Sparling) and Claire Clairmont (Claudia King), gave their intimate interaction total believability. Occasionally this was oddly limited by extremely static blocking and I did wish that their movement on stage would mirror the animation of their voices. I can only hope that over the next few weeks each performance will grow into something wholly complete. The final character in the quartet is Percy Bysshe Shelley (Tim Schneider) who is very nearly the perfect counterpoint to Froushan’s vivacity: still, serene and sober in the scene where the pair of them first meet.

Telling the true story of a summer the four spent together, the scenes I saw showed the script to be a beautiful harmony of poetic excess and deft realism. Jack Sain as William Polidori, Byron’s personal physician, records the encounter in his diary and watches on as the four trade quotes, quips and kisses like they’re going out of fashion. Considering their unfamiliarity with one another the cast were exceptionally at ease on stage, nowhere did the unrelenting intimacy feel awkward or the flirting forced. The play clearly demands complete closeness from the four leads and in the performance I watched each relationship already felt satisfyingly three-dimensional.

What seemed equally clear are the technical challenges that might lie ahead. Encompassing, as it must, hotel rooms, broad beaches and a storm on a lake, the set design is a blank slate of white space surrounded by props scattered amongst Polidori’s tattered journal. This decision to create an abstract setting for the cast to play upon is a bold one but should allow for a slick, uncluttered production.

In short: it doesn’t really get much better than this. I mean, let’s not be disingenuous here, it has to get a little bit better than this because James Fennemore and his cast have only been rehearsing for a week but, already, Bloody Poetry has the unmistakable air of the “UN-MISSABLE!” student show.

Bloody Poetry plays at the Keble O’Reilly Theatre from Wednesday to Saturday of 5th week. Tickets £6.00.

Can art funding ever be ethical? 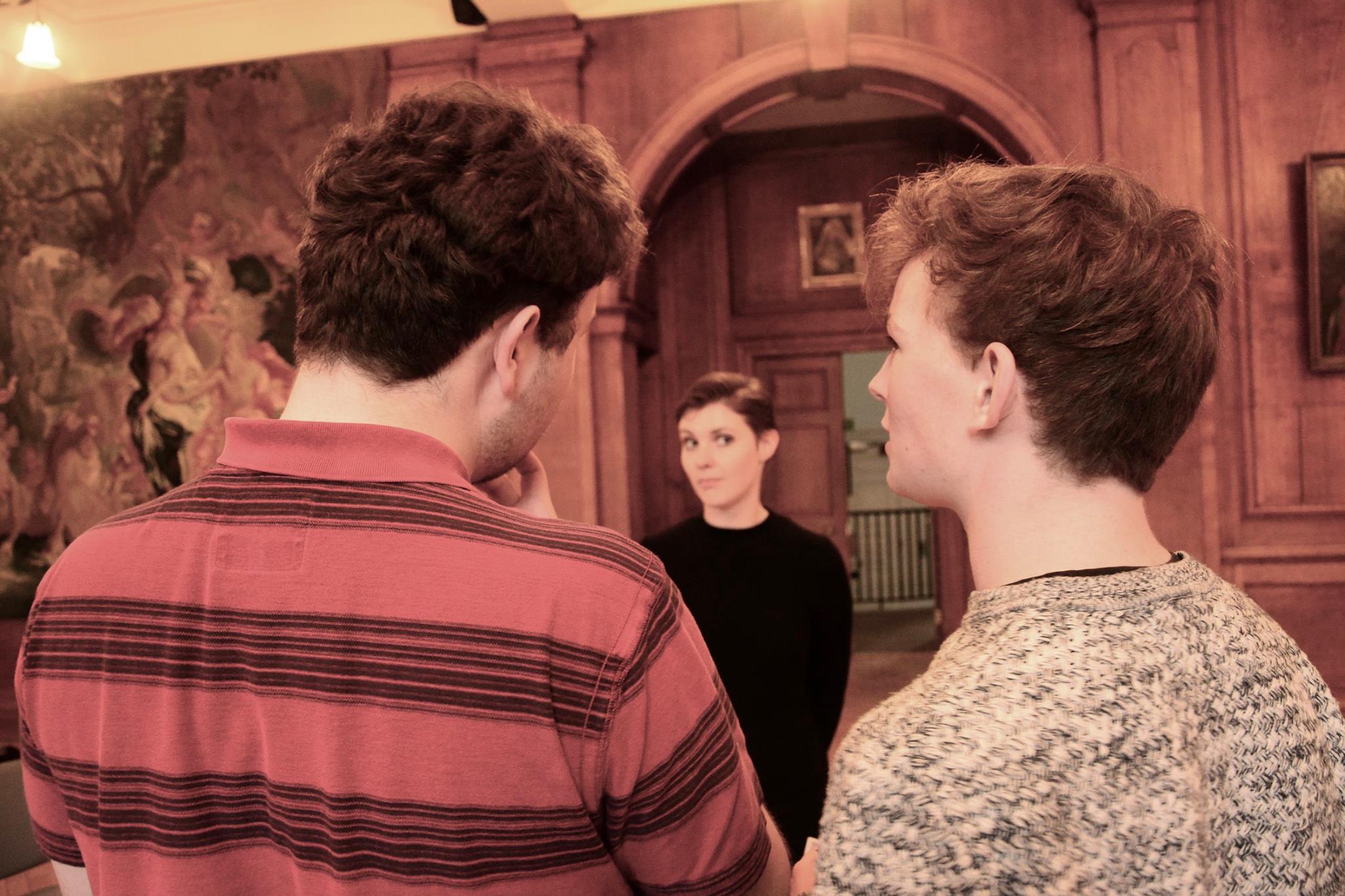