Toilets in Oxford city centre are being revamped with residents being invited to suggest words or quotes to decorate the walls.

The refurbishment is part of a wider £450,000 public toilet makeover project across the city, and as the busiest public toilets in Oxford, the city council hopes to make the renovation a collaborative effort with city residents.

Plans are afoot to decorate the facilities with famous quotations from history and literature to replace the graffiti which currently adorns the walls.

Annette Cunningham, from Oxford City Council, said: “We are particularly looking for quotes that make reference to Oxford – but are happy to consider other suggestions too.”

The toilets are being refurbished over the next three years, and Cunningham expressed hope that “people will be proud of the city’s new facilities,” and not graffiti over the walls.

Suggestions received by the council have so far have included: “For this relief much thanks” from Hamlet and WB Yeats’ “I wonder anybody does anything at Oxford but dream and remember, the place is so beautiful.”

Students from Oxford have also been coming up with ideas of their own. Tom Wood, an English student Teddy Hall, suggested “Keep you in the rear of your affection” from Shakespeare’s Hamlet, while Hugh Baker, a Hertford second year, proposed Anthony Trollope’s “Oxford is the most dangerous place to which a young man can be sent.”

More original suggestions have included first year Rachel Backshall’s “have a hapPee Day”, while Anna Spencer from New turned to Harry Potter and the Half Blood Prince in suggesting: “Montague’s just been found in a toilet, Sir.” She also thought that greetings in different languages and some short poems could be effective.

Suggestions for the toilet walls can be emailed to pressoffice@oxford.gov.uk by Friday 16th November.

Other improvements to the toilets will include better quality soap, lighting and bag and coat hooks along with fresh flowers.

Any pedestrians caught short during the refurbishment can use the temporary facilities erected outside the toilets on Market Street.

Hugh’s that wearing the Pope’s hat? 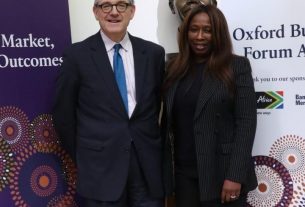