The Catweazle club on Cowley Road, celebrated its 18th birthday with a special “Hats and Stripes” themed night this week.

The open-mic club founded in 1994, and has since achieved cult status amongst town and gown alike. The club has received overwhelmingly positive reviews from a number of national newspapers and even featured in a BBC Radio 4 broadcast in 2010.

Matt Sage, founder of the Catweazle club put its success down to its ability to “create a very sharing and uplifting environment.”

He said: “I… think [the club] satisfies a fundamental need in the people who come.  It’s not just about entertainment (although it clearly is entertaining), but it’s about connection.

“Catweazle is the very antithesis of the entirely soulless TV talent competition culture which has become the mainstream norm.  To my mind, the modern equivalent of an execution.  Sure, everyone loves a hanging, but people also crave something more authentic, more vulnerable, more human and engaging.”

Sage concluded: “It’s not for everyone, but it serves very well its own quiet and unique little niche.”

And it’s this ‘niche’ quality that attracts a group of dedicated performers to the Catweazle each week. One former Oxford student said: “I started going to Catweazle as a first-year undergraduate and it was a sanctuary full of real people, away from Oxonian student life.

“The secret, yet public nature of [the club’s] magic still feels very personal, though I don’t come every week. We have a pact of rapt communitarian attentiveness, we Catweazlers.”

Over the years the Catweazle club has hosted a wide variation of performers, ranging from “a Sufi striptease poet, to wonderful sketch in which a woman goes to the barbers to have her pubes trimmed”. Other performances have included Yannis Philippakis lead singer of indie band “Foals”, who read his poetry at the club as a 15 year old, and Cowley-based band Stornoway’s premiere gig.

Although the Catweazle has now reached the legal age of adulthood, there’s no sign of it slowing down anytime soon. Sage revealed ambitious plans for the future of the club, saying: “We will put out another compilation CD this year, as well as launching a pictorial literary magazine – The Catweazle – early next year.

“We also had a new baby a few weeks ago: The Bluebird [a new club], which is everything Catweazle was when it started in ’94 – every Tuesday night at The Oxford Blue on Marston Street.”

Sage said: “I plan to be putting out the cushions and lighting the candles for as long as people wanna come and share in the space – and it doesn’t look like we’ll be folding up the stall any time soon.”

A Missed Opportunity for Civil Disobedience 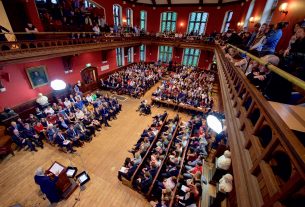