It seems inevitable that pride would obstruct an institution’s efforts to reform itself, particularly an institution as conscious of the sheer magnitude of its reputation as Oxford. But Baroness Kennedy’s speech demonstrates that the clearest view of the flaws and fallacies of a system can often come from within; as principle of Mansfield College, she knows well how the mythology surrounding Oxford has seeped into the lives of its students and transformed their views of themselves. She expressed a passionate belief in Oxford’s obligation to share its academic prowess with society as a whole, as well as addressing the feelings of protectiveness and insecurity among its students that she believed were at the root of elitism.

On the opposition side, the feelings of complacency she warned against were translated into passionate pride in one’s university and vigorously defended, particularly by the first opposition speaker, undergraduate William Rand from Brasenose. He defended the university against charges of elitism particularly on the basis of its unique interview system, which he claimed gave students an equal chance to shine regardless of their social background. Principles featured little in his speech in comparison to this one practical solution, but his suspicion of ‘social engineering’ and emphasis upon promoting ‘talented individuals’ foreshadowed the points of future speakers. The next speaker for the proposition, John Colenutt, CEO of the educational charity and debate sponsor Teachfirst, also preferred hard facts and statistics over principles. The numbers in themselves were stark, such as the revelation that privately educated students were 100 times more likely to get into Oxford than those who went to state schools, but the statistical method was somewhat overused by subsequent speakers. The similarities between the subsequent speech of the Very Reverend Christopher Lewis, Dean of Christ Church, and that of the first opposition speaker, marked a temporary lull in the debate. Both speakers heavily stressed their pride in their university and the efforts that are already underway to rectify any non-existent problems in its admission system; Christopher Lewis established his moral credibility from the outset by assuring his audience that he was for equal admission into heaven, which is evidently almost as highly sought after as Oxford.

But those members of the audience who feared that the debate had ground to a halt and that all future speeches would simply consist of repetitions of former arguments, were in for a pleasant surprise when Liam Burns, Head of the National Union of Students, stood up to make a case for the proposition. He began tamely enough with a series of self-deprecatory remarks upon the honor of being present at the Oxford Union; and then, with a knowing smile, he made a promise to live up to his ‘lefty’ reputation. And live up to it he certainly did; he not only completely deflated the glories of Oxford speakers with his blunt assertion that society should ‘widen the talent pool’ to other universities, but he proposed revolutionizing the admissions system with quotas and affirmative action. These extreme, controversial measures injected a much needed spark of life into the debate. The next speaker, journalist Toby Young, co-Founder of the West London free school but most famous for having authored ‘How to Lose Friends and Alienate People’, slashed through Burns’ principles and solutions with satisfying abandon. He too began his speech with a series of self-deprecating witticisms, in his case describing the utterly unique circumstances of his admission into Brasenose. And he too showed that self-deprecating humor by no means entails a lack of confidence. Indeed, his fiery, witty defence of meritocracy, his tirade against positive discrimination, incited what was by far the most memorable exchange of the debate. In the midst of his speech, Baroness Finlay got to her feet to condemn his arguments as the same that had been used to justify the exclusion of women from academia, as well as to point out that he himself had got into Oxford as a result of positive discrimination. To which he replied, suavely enough, that he had got into Oxford as a result of an accident, with no discrimination involved.

After this climactic showdown, the final two speakers could only hope to bring the debate to a satisfying closure by echoing its key points. But each also helped to ground the points in solid reality. Proposition speaker Will Straw, co-founder of the blog ‘Left Foot forward’ described his own journey to Oxford from a city comprehensive, which although considerably more ordinary and onerous than the experience of Toby Young, nonetheless served to highlight the deep-seated inequality of the admissions system. Although he put his case in less extreme terms than Liam Burns, he too urged ‘practical steps’ to amend the current problems. The final opposition speaker William Richardson, General Secretary of the Headmasters and Headmistresses Conference, in turn made these ‘practical steps’ the central focus of his summary of the debate. He argued for a means of assessment that is independent of society’s problems rather than configured by it, an admissions process that focuses on ability rather than social background. Instead of simply shifting blame between universities and the school system or listing statistics to prove that inequality exists, the speakers took on the weighty task of finding solutions to longstanding problems. As a result, a debate that could easily have descended into a squabble over practicalities became an illuminating clash of ideals. 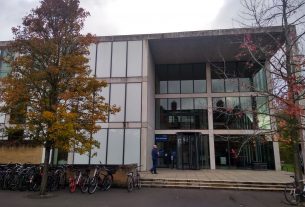