Last year, our tutors and lecturers sent out a resounding message of no confidence in David Willetts. On Friday, 9th November, he is being welcomed back, on a shared platform, as part of a humanitas programme lecture series.

As universities across the country face funding cuts, courses are being demolished and staff outsourced, St Peter’s have invited the figurehead of this overhaul to speak. What is also remarkable is how St Peter’s has entirely overlooked the irony of the invitation: the broad themes of the lecture series pertain to the arts, social sciences and humanities – areas of study most at risk of being cut by Willetts due to their ‘unprofitability’.

Willetts’ presence as a speaker sends a signal of recognition and condonence for his position and policies. This will be particularly painful to first years in the audience who are part of the first cohort of an extortionately indebted generation. More widely, it will be a sign of ‘back to business as usual’ as Oxford’s priviledged position enables it to abandon its defence of the values of higher education without significant material consequences.

The landslide vote of 283 to 5 in the Sheldonion last June signalled a commitment to a publicly funded education system. Staff from across the academic and political spectrum joined together to express their disagreement with the government’s higher education policies of privitization and marketization.

Willetts’ higher education white paper proposed the slashing of funding to higher education institutions, the abolition of courses that were deemed ‘not profitable’, ‘unviable’ universities being allowed to go to the wall and the outsourcing of staff. Private companies were encouraged to get involved in education, effectively enabling public money to be turned into private profit. This marketization of universities, along with budget cuts and the raising of fees to £9,000, threaten to turn the university system into what Oxford historian, Robert Gildea called “a red carpet for the rich”.

In their vote, Oxford academics were confirming what a series of independent experts and the Public Accounts Committee had already made clear: that 80% cuts to teaching grants, trebling tuition fees and cuts to research facilities are unfair, unnecessary and unsustainable. Whilst success has been achieved insofar as the government has ‘indefinitely’ postponed the white paper, universities across the country, including some of the ‘top’ Russell group universities such as Manchester University, are experiencing job cuts, outsourcing and courses being slashed.

Oxford is lucky enough to be in a strong position to retain standards and independence from the government. Since much of its revenue comes from wealthy donors and alumni as opposed to the government, cuts to resources are having less of a devastating effect here than they are across other higher education institutions.

However, as one of the most reputable universities in the country, Oxford must stick to the principles it so strongly committed to last year.  Tutors and lecturers were voting not as academics or individuals but as citizens concerned for the future of higher education. Kate Tunstall aptly captured the united sentiment of students and lecturers when she closed last year’s debate: “this is a big thing for Oxford to do; it’s also not just the right thing to do, but the good thing to do. Let’s take a deep breath and, in unison, in concert, hold a single, stirring note: the positive sound of the tradition and values we wish to defend.”

Giving Willetts a platform to speak disregards the united position that Oxford students and academics took against  him in defence of publicly funded higher education. For this reason, a protest against Willetts has been called by the Education Activist Network (EAN), which has so far been supported by the St Antony’s College GCR and lecturers involved in the Oxford University Campaign for Higher Education. We must signal to prospective students, the university community and the government that we still have no confidence in David Willetts. 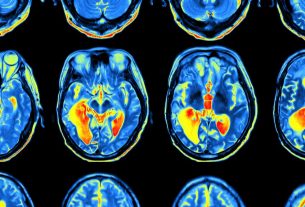