A ground-breaking study, led by Oxford Professor Gil McVean, has collated human genome sequences from 1,092 individuals around the world.

The successful ‘1000 Genomes Project’ will allow scientists to identify genetic variations that occur in particular countries and geographic regions.

This study will enable the international team to identify diseases that are caused by rare genetic mutations, occurring in only one per cent of the world’s population or fewer.

Professor Gil McVean, a leading academic from Oxford’s Department of Statistics, commented: “Our research has found that each apparently healthy person carries hundreds of rare variants of genes that have a significant impact on how genes work, and a handful (from two to five) of rare changes that have been identified as contributing to disease in other people.”

The first human genome sequence was only completed in 2003. The 1,092 genomes were gathered from 14 countries throughout Europe, the Americas, East Asia and Africa.

Identifying mutations that have occurred recently in specific countries will enable researchers to pinpoint how they might contribute to conditions such as multiple sclerosis, heart disease and cancer.

“Our research shows that you can take localism much further,” continued Professor McVean, “for example, even just within the UK, Orkney islanders will have different variations from mainlanders, and will be different again from those from other nearby islands.”

Sir Mark Walport, Director of the Wellcome Trust Centre for Human Genetics, who was responsible for part-funding the study, said: “This study is an important contribution to our understanding of human genetic variation in health and disease and the DNA sequences are freely available for analysis and use by researchers.”

Talking about the future of the ‘1000 Genomes Project’, Professor McVean stated that they aimed “to reach the scale of having a grid of individuals, giving us a different genome every couple of square kilometres”. 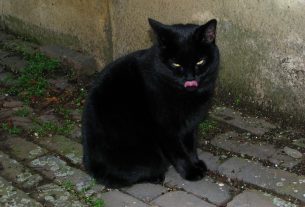