There has been an outcry surrounding plans for an American-style ‘Frat Party’ to be held by students from Worcester College later in Michaelmas.

According to Urban Dictionary, a  ‘frat party’ is when a gang of college students meet up to have a party where there are usually more girls than guys, so that the guys have more choice of girls to sleep with at the end.

The party at Worcester is being organised by British students and students on an American visiting students’ programme as a way to ‘exchange cultures’.

However, there are fears that the new college Dean, Ben Morgan, may not give permission for the party to be held within college grounds.

The Worcester Dean has already cracked down hard on students this term. A fine of £330 was issued to the JCR  after a drink was spilt on the carpet in one accommodation block during Freshers’ Week, and professional carpet-cleaners had to be brought in.

The Dean also threatened to close the college bar after vomit was found in the gardens and indoor furniture was positioned on the Front Quad.

One student claimed that the Dean was “out of touch” with students, speculating that he is irrationally “scared” of events escalating out of control.

Reuben Cohn-Gordon of Worcester suggested that the event would need to be held “surreptitiously”, although it will be “just like any other party”.

However, the party organiser insisted that students are not planning a debauched rave, rather, she said it would be more like “regular club nights at, say, Varsity or Bridge”.

She said: “We will have drinking games such as beer-pong and flip-cup, but you would probably get more drunk by not playing. Worcester does not have a culture of binge drinking, and has a better reputation than many other colleges when it comes to alcohol.”

She added that the main purpose of the party is to “simply enable American and British students to meet and embrace each others’ cultures, particularly in the light of the US elections this week”.

“There will be an American dress code: converses, fluorescent colours and so forth. It’s really just an excuse for students to get together and to meet the American exchange students, which we rarely get a chance to do,” she added.

Jackie Randell, a student on the American Junior Year Abroad Programme, and another of the party organisers, echoed Bisnath. Conceding that frat parties often have “negative connotations”, she reaffirmed that the party would not fulfil this stereotype.  She suggested that customs such as free entry and drink for girls are more “courteous” than an attempt to take advantage.

Randell said: “The invitation will be open to all and there will be an entry fee for everyone. There may be some free drink, although this has not been finalised. We are just waiting on the Dean to hear if we can hold it in college.” 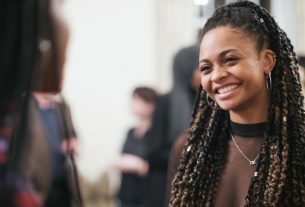