Our illustrious editor’s beautiful girlfriend was once reduced to screams of rage by Edna floating the theory that it is only once we have had our hearts broken that we become fully human. Never having had her heartbroken, and apparently still an adult woman, she was unimpressed. Edna’s attempt to remedy the situation by arguing that ‘It doesn’t have to be romantic! Maybe one of your children will die!’ was similarly ill-received. But does Edna have a point? Getting your heart broken is so crap it’s got to be good for something, RIGHT?

After desperately scrabbling round for explanations such as a reconnection with the trauma of birth we decided maybe it wasn’t good for anything, except providing with a week or so of strange liberated time in which all your friends have to be super-nice to you, and you feel almost obliged to not write any essays and get drunk in the afternoon, before the glamorous, gothic, sweeping bit of heartbreak dies out and you hit the quieter, lonelier patch in which you have to start actually processing your feelings (some of these feelings will be confusing – some of the most vivid sexual fantasies of Aggie’s life were the disturbing/ly hot mental images she had of her ex-boyfriend’s new girlfriend sucking his dick).

Basically, you really want to go for it in this first stage. You’ll probably want to stop brushing your teeth and write a lot of poetry. Try to avoid showing this poetry to anyone. After having her heart broken for the very first time Aggie wrote a song which rhymed throughout and opened with a dream sequence. She was very narrowly prevented from singing this in front of her entire sixth form (and accompanying herself on the guitar), by a very dear friend. We in fact just took a break in the process of writing this article to email this boy and thank him again.

With unrequited love you don’t really get the fun bit, just an on-going mild toothache kind of crapness. Edna recognises that she suffers with some level of unrequited love as a permanent state of being. She recognises this as a state of lacanian lack- perhaps as part of what makes us human. (OH NO, SHE DIDN’T DID SHE. DON’T LET THE EDITOR’S GIRLFRIEND READ THIS COLUMN). The only advice we can really give is womanning up and trying to pull yourself together. Fuck people if it feels right, and talk – wail if necessary. Make some noise in the direction of someone who may or may not make noise back, preferably a friend whom you know and trust and don’t suffer unrequited love for, who will listen to your poetry, encourage you never to publish, stuff it back under your pillow, gently tease the bottle of vodka from your quivering hands when necessary, tuck you up in bed and remind you that this too, will pass.

Seven Things We Miss About Oxford 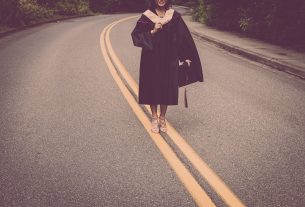