Economic well-being comes with environmental inequalities. Maintaining the modern lifestyle has significant impacts on the environment, where the minority live in impoverished and environmentally poor locations.

A great deal of current study in the field is characterized by the incredibly diverse backgrounds of those involved. Besides environmental scientists interested in the physical aspects (atmospheric measurements, water quality analyses, etc.) it also has toxicologists and epidemiologists investigating specific effects of chemicals and their pathways. Sociologists have been involved in studying it from the language of risks and perceptions of illness. The incredible array of experts was initially brought together by the impetus from grassroots activists interested in scientific and social backing to community health claims.

If a community is at the mercy of manufactured environmental inequalities and is experiencing the exposure in the form of certain health effects, the problem is usually brought to media or scientific attention by local or national activists. In trying to either remove the source of the inequality, such as the relocation of a particular industry, or gaining acknowledgement, compensation or specific medical assistance for a health problem, they need scientific proof. Although ‘lay people’ have shown extraordinary success in locating relevant information, organizing and lobbying for policy change, more often than not, backing from established scientific sources is required.

Although there is usually a significant gap between environmental changes and the scientific community’s ability in characterizing those changes and analyzing their implications, exploratory studies and expert opinion can go a long way in helping particular communities. So while the fields of environmental health and justice may often be perceived as parts of the activists’ realm, they involve a lot of ‘hard’ science to be effective.

However, while science does contribute a great deal to the successes of environmental justice events, uncertainties such as problems diagnosing environment associated illnesses, considering cumulative and synergistic relationships and even diagnostic problems can severely hinder progress. Scale and scope of the problem are another major hindrance, where physicians, do not consider the entire medical history with environmental or occupational exposure during a routine checkup. Even if a local land use is identified as causing a problem, advising a patient to move is probably not the most effective suggestion. Secondly, the medical sciences are often dealing with the patient as an individual, while public health and epidemiology is considering the community and population as a whole. In such cases, collaboration between the physicians and public health experts can identify how to best use resources that benefit the community and the individual.

Environmental inequalities may not be a ‘personal’ problem for everyone involved yet, but the world is rapidly moving towards greater levels of urbanization. And while the ‘Not in My Backyard’ approach may work in some instances, those facilities are going somewhere. It may be inevitable that population sprawl may eventually reach new locations where they are in close proximity to health problems again. Books such as ‘Green Manhattan’ and ‘The Green Metropolis’ by David Owen do a great job of showing the sustainability of living in urban environments; however, problems of proximity to highways and contaminated land also exist primarily in urban areas. The balancing act between the energy and space requirements of staying in cities with the potential problems will most likely be a major issue in the future.

In conclusion, in considering the science of all matters environmental justice, it is vital to note that science is essential to the decision making process and it has to be understood and demystified for its proper application to the betterment of the human condition. 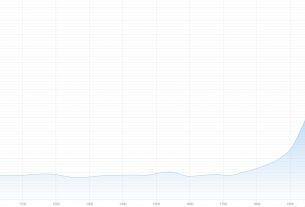