St John’s JCR voted to stop paying its subscription to Cherwell this week after allegations of misreporting about the College.

Vice President Phil Coales proposed that the JCR should withdraw payment until the newspaper printed a formal apology for an article which claimed that at the previous JCR meeting a motion had passed to remove funding for Travel Aid. The proposal had in fact fallen with only two votes in favour.

The motion also took issue at the fact that Cherwell had incorrectly reported that defeated JCR Presidential candidate Harry Kind had previously run unsuccessfully for Vice President in a front page article on the recent JCR elections and also criticised the newspaper for printing “a lot of awful filler articles”.

Coales told The Oxford Student: “The JCR as a whole could be forgiven for feeling a bit bemused by the Cherwell reporting that a motion that had been defeated, with only 2 ‘aye’ votes, had apparently passed, despite us sending the reporter the minutes of the meeting (the TravelAid story), or consulting students who were out of the country at the time, to ‘illuminate’ stories about RON winning the election, and the bop being cancelled.”

He confirmed to the JCR that he had sent an email of complaint to the newspaper but had not received a reply until the day of the meeting, but Nupur Takwale, a director on the board of Oxford Student Publications Ltd (OSPL) which publishes Cherwell, argued that the newspaper had not seen Coales’ email but stressed that a full apology would be made.

During the meeting other allegations were brought against Cherwell including a suggestion that the newspaper had printed an article about a recent charity casino night held by the John’s JCR. It emerged that the event had in fact been investigated by an Oxford Student reporter but no stories had been printed on the subject by any of Oxford’s student newspapers.

One student at the meeting argued that the motion should be passed even in the knowledge that Cherwell would be printing an apology as it would send a clear statement to the student media. The motion was passed with only one vote against but several students abstained.

Takwale, who was the only person to oppose the motion, said: “The atmosphere on which the motion passed on Sunday night was one of misinformed anger in the JCR, after one committee member wrongly accused Cherwell of a defamatory, and also non-existent, article. This prompted a large degree of misplaced outrage about ‘libel’, not to mention emotionally charged statements of solidarity with the apparently victimised student.

“The real item under discussion, the TravelAid story, which Cherwell is of course apologising for, was unfortunately completely overshadowed as a result. I don’t know whether or not the motion would have passed anyway; it is simply a shame that the debate was overtaken in such a dramatic and, as it turned out, farcical manner.”

She added: “I would stress however, that upon realisation of the error, the members of the committee were professional and apologetic and the matter is now resolved.”

John’s JCR President Uchechukwu Ukachi commented: “It is unfortunate that there has been some misreporting on the Cherwell newspaper about events in St John’s, in particular, the TravelAid motion of the previous meeting (3rdmeeting).The passing of the motion sends a message to everyone that we shouldn’t allow our JCR, or our JCR members, to be portrayed inaccurately.

“However, representatives from the Cherwell were a minority which meant that there was only one Cherwell Voice. This was made worse by spurious allegations against the Cherwell and joke amendments to the motion which only served to emotionally charge the discussion.”

He added: “During the meeting, we were made aware of genuine communication issues (through emails) which meant that an apology was not printed in the last edition of the Cherwell. And we are assured by the Cherwell that the issue has been resolved and an apology will be written in the next edition which means that the motion may not be implemented in practice.

“The student press plays a vital role in life at Oxford especially with regards to information dissemination. To protect the integrity of the news, it is important that these kinds of issues are highlighted. More importantly, any channels for complaints or feedback are made clear to the student body to prevent further communication issues.”

Coales confirmed that John’s JCR would not be cancelling its subscription. He said: “The Cherwell’s editors have sent me the apology they’ve drafted, to be printed in this week’s edition. We (the JCR committee) are happy with it, but would have preferred to receive it via Al-Jazeera. I am also now available again for Fit College.

“Because we have received a satisfactory apology, we will no longer be cancelling our subscription. We were unsubscribed from Cherwell for just under 24 hours. We are glad we sent the Cherwell a strong message, and hope that all student newspapers in Oxford try and stick to some standards in future.”

Barbara Speed and Grace Goddard, Cherwell’s editors, said: “The errors in the TravelAid and RON stories were genuine mistakes and we are printing corrections in this week’s paper which we hope will make amends!”

They added: “The other allegations about articles were slightly confusing (especially as there was mention of an article that OxStu were investigating but neither paper ever published) but St John’s JCR has established that they weren’t relevant to the motion.” 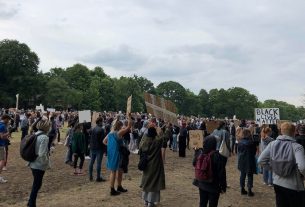 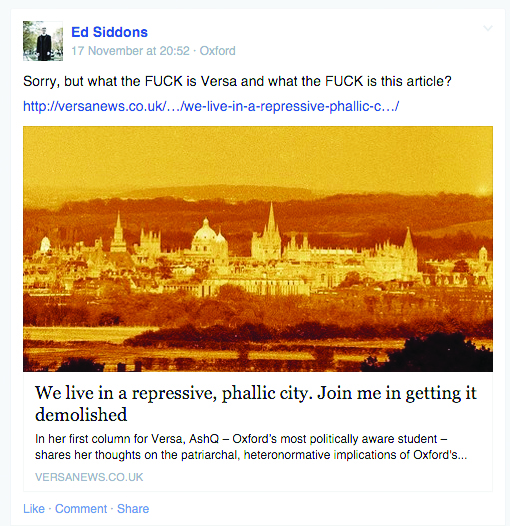