Our pseudonymous bluestocking sexplorers put away their soapboxes in their final column on queers.

Edna and Aggie are queer. We identify ourselves with this largely anti-heteronormativity orientation because (as well as aligning us with the queer community, woo solidarity, all oppression is connected, fight the power etc) it’s much quicker than the alternative fifteen minute explanation of exactly what and who we’re into at this point in time. Neither of us feel like we are defined by the terms ‘straight’, ‘gay’ or ‘bisexual’ (although Aggie does genuinely sometimes forget that she’s not a lesbian, which is strange given the proportion of her time she spends thinking about dicks). Bisexual is arguably the closest- we both fuck both men and women – but it isn’t nearly as simple as that. Sometimes we are into one gender more than another, and what we find attractive in men and women varies. Also, why stick to two genders? Aggie has marked skoliosexual – google it – tendencies and a MASSIVE THING for drag queens. Last weekend at Queerfest she almost passed out from the SHEER LUST. Also the intoxication, but primarily the SHEER LUST.  Edna wishes that she could be more rooted in an attraction to the person, overriding gendered difference, but she has to admit that she goes through gendered phases. However much in principle both Aggie and Edna may wish to dissolve these gendered boundaries, we both feel that, for us gendered bodies are relevant to sex. We think gender prescriptivism sucks, but desire is a gendered construct that is as personal as the way in which you relate to your own gender, so we’re in favour of disclosure of the shape of your genitalia if you think it’s not what your partner(s) are expecting.

Of course, regardless of whether Aggie is more interested in fucking men or women at any particular time, if you put her at a beach or pool it’s the women’s bodies that she will struggle not to stare at. Edna agrees and also finds this to be the case on public transport. We love women – they have such great faces! Vaginas are fascinating! Don’t women have sexy hands! OUR BODIES ARE SO BEAUTIFUL! Aggie recently consummated her relationship with the Goddess of Rainbows and Kittens and Light, and not only does this mean that she GETS TO HAVE SEX WITH THE FUCKING GODDESS OF RAINBOWS, but also that she is getting to meet the other lovers of said GoRaKaL who are all wonderful, talented, beautiful, clever, sexy women. WEEEEEEEEEEEEEEEEEEEEEEEEE WOMEN!!!

Edna and Aggie are both lucky in that queerness has never been particularly fraught for us. Although wishing she would pick a side, Edna’s parents are not too fussed about her slit-tickling ways, while Aggie only bothered coming out to her family when it was relevant to the punch-line of a joke she was making about her brother’s closet needing a revolving door (All credit is due to Aggies’s aged grandparents for dealing so well with the number of dramatic announcements that boy makes about his sexuality), although she did spend about four years being a dick to the girl who was her first kiss, love, and shag, because ‘OMG IM TOTALLY NOT GAY’. Anyway, we want to end by saying – whatever the gender and genitalia of the people you fuck (or don’t fuck), good for you!  This be the revolution.  Amen to that. It’s been a blast. Lots of lust, love and other pantsfeelings, Aggie and Edna. 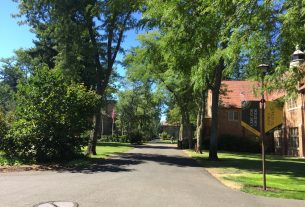 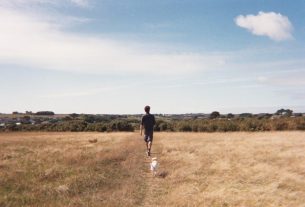 “So, what are you doing after you graduate?”