As an Irishman, I was ashamed when news broke earlier this week about the appalling death of Savita Halappanavar from septicaemia in an Irish hospital. There have been outflows of sympathy, frustration, disbelief and anger in both Ireland and India. People have been protesting outside Parliament, in the newspapers, on radio and online against the failure of seven successive governments to legislate for the Constitutional right to abortion in Ireland.

A recap: Savita was seventeen weeks pregnant in Galway, Ireland, when she was told her womb was open and a miscarriage was inevitable. It took three days for the foetal heartbeat to stop, by which time Savita had developed septicaemia. She died shortly afterwards. The controversy surrounds the repeated rejection of requests for an abortion and the doctor’s now infamous quote that Ireland “is a Catholic country”.

Much of the rest of the world has read from these facts that Irish law provides a complete prohibition on abortion, and find it reprehensible as a result. The law student in me feels compelled to clarify that that is not true. What is true however is that the law is dreadful; it is confused, contradictory and inadequate.

There are essentially three layers to the abortion laws in Ireland. First, we have an inherited British-era statute prohibiting abortion absolutely. Secondly, despite that legislation being the most recent enactment, it is derelict because in 1992 the Supreme Court in the ‘X Case’ held that there is a constitutional right to an abortion when the mother’s life is at risk (as opposed to when the risk is to health). The Constitution also expressly protects the right to life of the mother as equal to the right of the foetus. Thirdly, the Medical Council’s ethical guidelines say that in “exceptional circumstances, it may be necessary to intervene to terminate the pregnancy to protect the life of the mother, while making every effort to preserve the life of the baby”.

In a formal sense then, the law grants a right to abortion. How though are medical professionals meant to draw a line in practice between risks to life and risks to health? How also are they meant to recognise the “exceptional circumstances” that justify the termination? By ignoring twenty years of calls for legislation reflecting the X Case, the government has been beholden to a predominantly (though not exclusively) Catholic anti-abortion lobby and has prevented detailed guidelines being drafted, denied doctors the legal certainty they need, and violated the rights of women. The frustration is all the greater because two years ago the European Court of Human Rights held that, as the right to abortion exists in Ireland, the failure to clarify the scope of the right through legislation amounted to a breach.

Savita’s story is a tragedy, all the more so because of how vocal the pro-choice movement has been. The shame on the rest of Irish society is that we didn’t push for legislation. Some sent letters to our parliamentary representatives, but not enough of us; too few of us made it an everyday issue, we didn’t write or shout or march enough. The legal community didn’t object loudly enough that a Constitutional right was being neglected. It is only with these events, when abortion moves from the philosophical to the practical, that we see the terrible risk we have been taking. It makes the rest of our political discourse seem crass, emphasising the importance of rebuilding Ireland’s economic reputation. With this, we may have done damage to our reputation of a much more personal, emotional and powerful kind.

The government’s response has been sympathetic but, while recognising the awfulness of the situation, it is refusing to act until the two ongoing investigations are concluded.  In many ways, that misses the point. Until we hear the reports, we can’t know what happened, whether the medical practitioners believed Savita’s life was at risk, and the context of the “Catholic country” statement. We may never even know whether an abortion would have been in time to save Savita’s life. The reports though are into a specific incident, not law reform. Waiting to hear from them will not help us decide what course of action to take because we already know exactly what needs to be done.

Waiting is simply an excuse to defer action in a bid to let public outcry die off. Overwhelming public support right now presents a unique chance to overcome the powerful anti-abortion lobby.

It is a time for action but not sensationalism. In the immediate aftermath of the story, The Times of India posted an online article under the headline ‘Ireland Murders Pregnant Indian Dentist’. Such words do not increase the sympathy for Savita or her family and do not add to the many calls for answers and legal clarity. All they serve to do is provoke rage, racism and reinforce the claim that we need to wait for calmer heads before legislating. Nothing could be further from the truth. 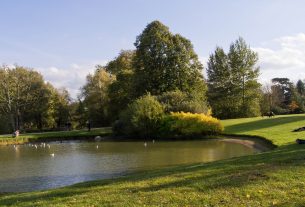 Towards a new Yemen: “by changing nothing, nothing changes”