Chelsea’s 3-1 victory over Mexican side Monterrey in the Club World Cup semi-final was achieved with a minimum of fuss, very little drama, and aside from a few neat Chelsea passing moves utterly failed to entertain. Their opponents hardly helped to make the match a spectacle; the CONCACAF Champions League winners lacked both conviction in attack and solidity in defence. Only the ever-inspiring Juan Mata, and occasional bursts of creativity from his acolytes in attacking midfield, Eden Hazard and Oscar, prevented a repeat of yesterday’s unbearably drab encounter between Corinthians and Al-Ahly. Yet despite the lethargic ninety minutes producing few moments of genuine quality, the match seemed doomed to be viewed as a nothingness affair well before it had kicked off.

For one thing, the scornful attitude adopted by much of the British media towards the competition has seen fixtures relegated to BBC’s red button and newspapers barely countenancing the possibility that a ground other than Stamford Bridge will hear choruses of ‘Champions of the world, we know what we are!’ each week. Chelsea are favourites to beat Corinthians in Sunday’s final, but it’s hard to find a decent assessment of the Brazilian club’s strengths and weaknesses in much of the mainstream media. By selecting snarky Mark Lawrenson, who seems to hate football more and more with each game he covers, to commentate on the semi-final, the BBC turned more viewers away from a match the studio analysts also viewed as a foregone conclusion.

The Chelsea fans who opted to avoid Lawrenson’s turgid whining by travelling to Yokohoma hardly provided more comforting background noise. Persistent chants of ‘there’s only one di Matteo’ combine a perhaps justified opposition to the club’s board with a totally unacceptable undermining of Rafael Benítez’s management. Benítez took a tactical step his predecessors never made by deploying David Luiz as a holding midfielder alongside John Obi Mikel, while the rejuvenation of Fernando Torres continued with his fifth goal in three games.  But nobody really believes that Benítez will win the hearts of Chelsea supporters even if his side lift the Club World Cup trophy on Sunday, such is the perceived insignificance of the competition.

Perhaps the naysayers are right, and the Club World Cup is indeed a meaningless commercial exercise with little more significance than to distract Chelsea’s players from their domestic problems or to compound them by tiring the squad unnecessarily. But the competition must be given a chance to impress. Sky Sports have become so skilled at spinning anodyne matches into footballing feasts that a Super Sunday double bill of Sunderland vs. West Brom and Aston Villa vs. Wigan can become unmissable viewing.  ‘The Premier League is the greatest league in the world’ appears a true statement because we’ve been told it’s true so many times. Even Stan Collymore’s self-deprecating rendition of ‘Thursday nights, Channel Five’ gave the Europa League more character than anyone’s granted the Club World Cup. Good publicity is the key, and perhaps the BBC can start by employing a pundit with a smile. 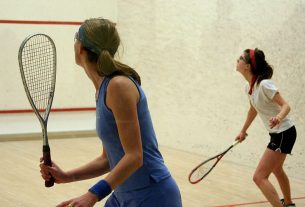 Ahead of the Sports Ball, the OxStu speaks to Teammate of the Year nominee Katharine Kidd 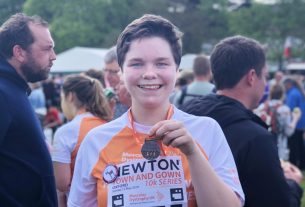 Town and Gown: Grace Davis reflects on a run through the dreaming spires